You are here: Home / Entertainment / ‘Dancing with the Stars’ Season 11 cast to be unveiled during ‘Bachelor Pad’


“Dancing with the Stars” Season 11 cast will be unveiled at the ending of the August during the upcoming reality series’ episode of “Bachelor Pad,” a “Bachelor/Bachelorette” spin-off. The season 11 of “DWTS” will debut on Monday, September 20, 2010 at 8:00 to 10:00 p.m., ET on ABC which will be hosted by Tom Bergeron (“America’s Funniest Home Videos”) and Brooke Burke (“Dancing with the Stars” Season Seven Champion).

On Sunday, at the Television Critics Association Summer Session in Beverly Hills, ABC declared that the cast will be unveiled on Monday, August 30th 2010 during an episode of “Bachelor Pad” on the ABC Television Network. The celebrities perform choreographed dance routines which will be judged by renowned Ballroom judge Len Goodman and dancer/choreographers Bruno Tonioli and Carrie Ann Inaba.

“Dancing with the Stars” show is the American version of hit series Strictly Come Dancing which is produced by the British BBC television. Conrad Green is executive producer and Rob Wade is co-executive producer. Alex Rudzinski is director. 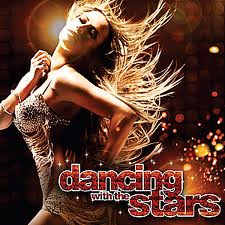 According to previous report of AccessHollywood.com, the professional dancers are still unaware if they are being called back for the show, as they find out shortly before the season begins.

Fan favorite Maksim Chmerkovskiy recently told Access he’d be thrilled to come back if they want him. He said, “I think it’s a great show and I love being on it and if they’ll have me, I’ll come back.” He’d also like to have a partner like the one he had for season 10. 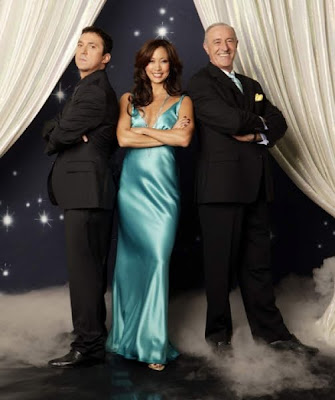 Maksim said, “We always suggest (casting choices). My suggestion would be, just give me somebody like Erin (Andrews) and I’m good.”

Audience may give votes to their favorite teams by phone on Monday night during and up to 30 minutes after the “Dancing with the Stars” performance shows. AT&T customers can also send text message for voting by texting the word “VOTE” and entering the number that corresponds to the team they want to support (message and data rates may apply). At www.abc.com, the viewers can vote online from the opening of each episode on the East Coast.

According to Radar reports, Mel Gibson’s embattled ex is in “secret” talks to join the cast, but they may fall through now that publicist Howard Bragman dropped her as a client. One more dancer, Lindsay Lohan is also currently in the press for all the wrong reasons. Judge Carrie Ann Inaba tells E! that the jailbird is her first choice for the next season. Formerly, “Jersey Shore” cast member Mike “The Situation” Sorrentino said to be in talks to join the series, and “Real Housewives of New Jersey” star Teresa Giudice stated on Twitter that she was considering coming into view on “DWTS” herself.