A former US medical student, Philip Markoff committed suicide in the Boston jail, “CRAIGSLIST Killer” Philip Markoff was faced charges of murdering a masseuse he met through the classified ads website. 24 years old, Philip Markoff has been found dead in his cell in Boston on Sunday, 15 August 2010, morning. 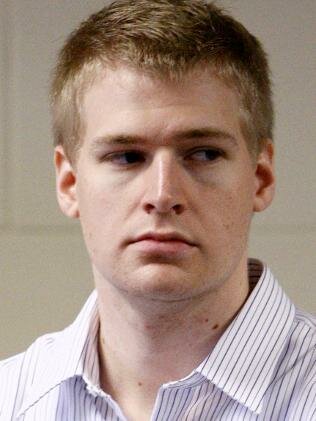 Markoff, was a student of Boston University, pleaded innocent in the fatal shooting of Julissa Brisman, of New York City, and the armed robbery of a Las Vegas woman. Within the span of 4 days in April 2009, both crimes were happened at Boston hotels. He was also accused of attacking a stripper that week by Rhode Island prosecutors. In March, his trial in the Massachusetts cases was expected.

“A former medical student accused of killing a masseuse he met through Craigslist committed suicide in the Boston jail where he was awaiting trial,” authorities said Sunday. Police said, “A former US medical student accused of murdering a masseuse he met through the classified ads website Craigslist has been found dead in prison in Boston. The body of Philip Markoff, 24, was found on Sunday morning after an apparent suicide.” officials said, “Philip Markoff, the Boston University medical student dubbed the “Craigslist Killer” after he allegedly went on a murderous crime and gambling spree, committed suicide today in jail.”

Steve Tompkins, the chief of external affairs at the Suffolk County, Mass., Sheriff’s Deptartment said, “Markoff died today of apparent suicide at the Nashua Street Jail. He was pronounced dead at 10:17 a.m.”. The Suffolk County District Attorney’s Office said in a statement, “Markoff was alone in his cell and all evidence indicated that he took his own life.” The statement said, “A comprehensive investigation will be conducted to determine the facts and circumstances surrounding his death“.

“Markoff was able to take a razor blade from one of the disposable razors jail inmates are allowed to use, and he used it to slash not only his wrists but also the femoral artery in his leg,” a law enforcement source told ABC News. He added, “he then wrapped the wound in his leg in a garbage bag to conceal the blood, and put another garbage bag over his head and tied it tight around his neck”.

According to the statement, “Markoff was alone in his cell, and all evidence collected thus far indicates that he took his own life“. Saturday, 14 August would have been Markoff’s and his onetime fiancee, Megan McAllister’s first wedding anniversary of, which had reportedly set for their wedding in 2009 but his nuptials were canceled after his arrest. Markoff’s defence lawyer John Salsberg said about his client’s death, “It’s shocking and very saddening”.