You are here: Home / Entertainment / Christopher Plummer reprising His role in “Barrymore”

The two-time Tony and two-time Emmy Award winning Canadian actor and a recent Oscar nominee, Christopher Plummer will reprise his Tony Award-winning show “Barrymore” in Toronto in the New Year. Christopher Plummer will return to the Stratford stage and once again portray Shakespearean acting legend John Barrymore at the Eglin Theatre this winter. As per producers, the show will represent about 30 performances at Toronto’s historic Elgin Theatre from Jan. 27 to March 9, 2011. 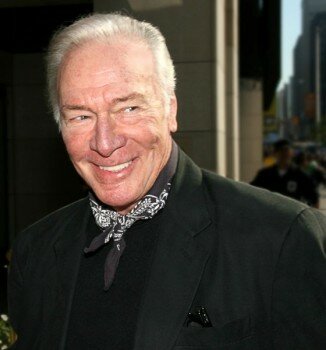 The 80-year-old Plummer is a Canadian theatre, film and television actor who spans five decades in a career including substantial roles in film, television, and theatre. Plummer had first played the late actor John Barrymore at Ontario’s Stratford Shakespeare Festival in September 1996. After that Barrymore toured several US cities and opened at Broadway’s Music Box Theatre in March 1997.

In 1997, Plummer won a best actor Tony award for his indelible performance. Presently, Plummer plays Prospero in “The Tempest” at the Stratford Festival. For Best Actor, he also won the Drama Desk Award, Edwin Booth Award and Outer Critics Circle Award. At this month’s Toronto International Film Festival, the new film ‘Beginners’ will be screened in which Plummer stars in alongside Ewan McGregor.

Along with the original creative team, the show will include celebrated director Gene Saks, and set and costume designer Santo Loquasto. Plummer has also been called as the finest Shakespearean actor to come out from North America in the 20th Century.

A memorable portrayal of legendary actor, John Barrymore was a man of colossal talent and contradictions and also considered one of the greatest Shakespearean actors of all time. Barrymore occurred on the stage of a Broadway theatre during the final year of John Barrymore’s life where the actor is struggling to reconstruct his performance in the title role of Shakespeare’s Richard III.

Dianne Smith-Sanderson, TD’s Vice President-Global Brand & Corporate Marketing said, “TD is proud to present Christopher Plummer’s return to the Toronto stage in this historic engagement. We’re thrilled to be part of such a unique sponsorship opportunity with the potential to expand more broadly across the border and reflect our presence in North America.”

In Barrymore, actor John Plumpis is featured in the role of “Frank” who helps John Barrymore with running his lines and prizing out a performance. The “Barrymore” will be performed on Monday-Wednesday and Friday-Saturday evenings at 8:00pm and tickets of the show will be available from 2nd October onwards.