Jiah Khan, a renowned Bollywood actress, is no more! The death of this beautiful young actress came as a severe shock to the nation and the entire film industry. According to the Mumbai Police, the body of the 25-year-old actress was found hanging from the ceiling at her home. It is highly suspected that she has committed suicide although she did not leave any suicide note. So far, it is not clear as to why she took this drastic step. Meanwhile, the actresses’ mother told the police that Jiah was depressed after facing rejection at an audition in Hyderabad and she was very sad with the way her film career graph was taking a plunge. 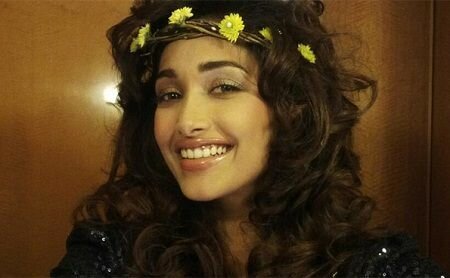 Jiah Khan (whose real name is Nafisa Khan) was born in New York on 20th February, 1988 and she was brought up in London. In the year 2007, she made her bold acting debut with Bollywood film, Nishabd in which she starred opposite the legendary Amitabh Bachchan. Later, she also worked with superstars Aamir Khan and Akshay Kumar in films ‘Ghajini’ and ‘Housefull’ respectively.

Indian actress Dia Mirza first broke the news of Jiah’s demise on Twitter around 1.45 am. Ever since, the entire Bollywood industry including some of the top actors and filmmakers, have been expressing their grief on this micro-blogging site. Now, take a look at some celebrity tweets given below and see how celebrities have reacted to Jiah Khan’s sudden death.

“RIP Nafisa(Jiah) Khan. You were too young and beautiful…”

“Shocked and choked to hear about Jiah … So young and so pretty … Just cant believe that someone as young nd so full of life is just dead … Never ever seen a debutant actress with more spunk and more spirit than Jiah when i was directing her in Nishabd … No matter what her problem was I just so wish she applied her on screen philosophy of Nishabd to her own life which is to .`take lite` … The whole unit of Nishabd was literally in love with Jiah(sic)”

“Its shocking to hear that a young one has commited suicide.may your soul rest in peace jiah khan!too young to go!(sic)”

“Im disappointed to hear about Jiah Khan. LIFE is more important than all of us. We didn’t choose it. It chose us. Gotta respect that.”

“Nothing worse than waking up to bad news- shocked n dumb struck- RIP Jiah… Worked with Jiah in Housefull- she was full of life n had incredible sense of humour. She was a friend n will miss her. Am deeply saddened(sic)”

“Shocked to hear about Jiah Khan, she was too young to give up on life… RIP (sic).”

“It`s just incredibly sad when anyone so young takes their own life. R.I.P Jiah Khan.(sic)”

“What she must`ve gone thru to take such a step we`ll never know. May her soul rest in peace. Jiah Khan.”

“Shocked and saddened by the news … Gone way too soon… RIP Jiah Khan(sic),”

“Shocked by jiah khans news. Had met her recently,was full of life..too early to go. RIP.(sic)”

“RIP Jiah Khan – so sad to hear this news this morning. May she find her happiness somewhere.”

“Jiah Khan was full of life when I worked with her long time back. So sad that something drove her to take this extreme step.”

“i never met Jiah….but feel terrible to hear this news….so young!!!! RIP Jiah….my thoughts and prayers with her family and friends….”

“RIP Jiah khan… Too young too beautiful to be gone so soon!”

“Cannot fathom what led her to such an unfortunate end…what must she be going through. Rest in peace in arms of God Jiah. Adieu!”

“Shocked and saddened by the news… RIP Jiah Khan.”

“CAN’T register that jiah is no more..worked with her in Housefull n she was so beautiful n such a good soul.2 young 2 go jiah.”

“Deeply deeply shocked and saddened by the news of jiah. She was just 25 man !! RIP Jiah . Wish this hadn’t happened to you.”

“Sad news about Jiah Khan, wonder how many young actors there are who lack a support system & get crushed under the dark side of showbiz! RIP”

“Sad to hear about Jiah Khan. So young.. Rest in Peace.”

“Rip to Jiah… suicide isnt a solution.. worst act of depression of any kind… no problem can be end of life. ..be strong in life people..”

“Woke up to the terribly sad news about Nafisa. Such a sweet girl. No age and surely no way to go.”