An art and dance festival, Burning Man 2010 has started in Black Rock City, Nevada from yesterday, August 30th 2010. Burning Man event runs a week. The event concludes on the day of the American Labor Day holiday. After Saturday night ritual burning of a wooden effigy, the name of the event was taken as “Burning Man”. There are lot of people participate in this event as an experiment in community, radical self-expression, and radical self-reliance. 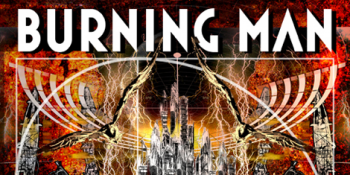 Burning Man is famous art-dance-expression extravaganza that attracts so many revelers each Labor Day Weekend. Now this year the event set up that held from Monday August 30th to September 6th. Once again the event is located at in the bleak and beautiful Black Rock Desert, Nevada. Black Rock City LLC is organizer of Burning Man. There were 49,599 people participated in Burning Man 2008 event.

The art and dance event started as a bonfire ritual in 1986 on the summer solstice by Larry Harvey and Jerry James with a few friends they had met on Baker Beach in San Francisco where they burned a 9-foot (2.7 meters) giant wooden man and a smaller wooden dog. Larry Harvey has described his creativity of burning these effigies as impulsive act of radical self-expression. 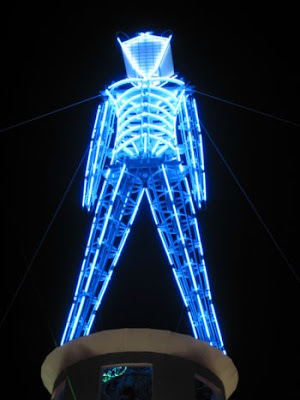 During the 1990, the event replaced at Black Rock City, Nevada and after that every year the event has been held there, with the exception of 1997. In the event many people wear what they want and do what they want so this event is being a vast get-together.

Burning Men 1997 was being vital event for this year. That time, 10000 people participated and considered dangerous with unrestricted driving. For applying a ban on driving and re-create the event as a pedestrian or bicycle or art car-only event, lastly it was made decision to move the event in to private property. For keeping the new permit requirements and managing the increased liability load, the organizers created Black Rock City, LLC.

As one of the challenges, Black Rock City, LLC wanted to balance the freedom of participants and defining element of the experience with the necessities of BLM and diverse law-enforcement groups. Then the various restrictions have been set up like an imposed curved grid street structure, a speed limit of 5 mph (8 km/h), a ban on driving, except for approved “mutant vehicles” and service vehicles, restrictions and imposing of safety standards on mutant vehicles, a ban on campfires and Tiki torches, burning your own art must be done on an approved burn platform, a ban on fireworks, a ban on firearms, a ban on dogs. 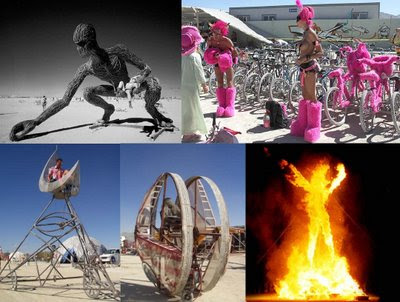 At Burning Man, numerous participants create their own theme camps, art projects, special events, performances and the city infrastructure, an great percentage of Black Rock’s community spend a great deal of time for being only good participants. Any person can become burning man and create their own form of participation like an art installation, a theme camp, a mutant vehicle, a performance, or volunteer. Here the Volunteers help you to make the infrastructure of Black Rock City.

Each year, hundreds of theme camps and interactive artworks are put to Burning Man. Every citizen of Black Rock City creates belonging on a civic scale. This year, in the event participants and planners will convene a dialogue. Through Burning Man’s website and the Burning Blog, the history of Black Rock City has discovered and also told stories that give details the hundreds of decisions that have created modern-day metropolis. The Burning Man invites to experts from around the world for attending the a consideration of urban issues worldwide and to artists for expressing their particular visions of city life

The cost of the event tickets is from $210 to $360. On the base of the level the tickets are charged. On the first level of event, there were 9,000 tickets available for $210 each while second level’s tickets were available for $240 each. The two tickets are limited per person which available through the Internet sales at burning Man official website www.burningman.com. When you take part in this event, you will see the crazy looking costumes, performance art, dancing, and a 40 foot effigy.

In the event, the chance of using lot of drug, so city administrators have appointed a vast number of undercover police officers for peaceful celebration, they are roaming around. Previous year, federal officers cited or arrested approximately 300 Burners. If you want to attend the event, be safe and smart.

Mark Pirtle, who is in charge of the Bureau of Land Management said, “I don’t want my guys to be party poopers, but we have a job to do. They’re not bad people, but they like to use drugs.”

Pirtle said that last year, there were 65 percent of 287 citations issued by BLM rangers involved drugs, largely marijuana, LSD, mushrooms and ecstasy, with cocaine and heroin down on the list.
He also said, “So many people think they can go out and smoke dope openly, but that’s not the case. Pot possession is a felony under Nevada law.”

Pershing Sheriff Ron Skinner said, “(Burning Man) could be classified as an extended seven-day rave that’s infested with drugs and alcohol and all sorts of bizarre behavior. I’ve never heard that complaint about too many officers at it other than from those people who are anti-law enforcement and anti-authoritarian. Anarchy is not an option.”