The 28-year-old singer wore a flimsy orange dress that kept slipping down. Britney obviously had trouble keeping the dress in its place. That’s when her caring boyfriend came to her rescue and offered his shirt. Britney took the shirt and wore it on top of her slippery dress. 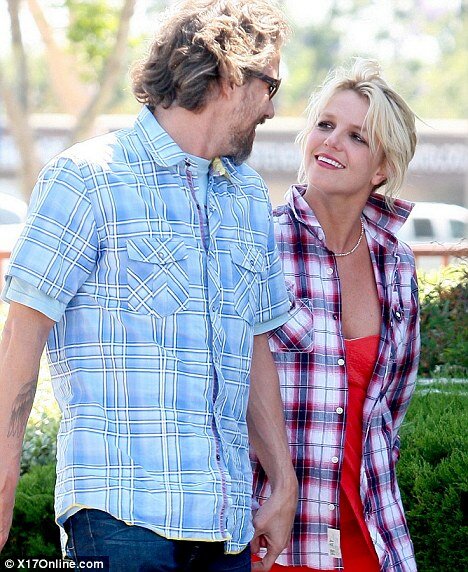 Trawick’s gentlemanly behaviour is no surprise. Preventing Spears embarrassing herself with such slip-ups was once his full-time job when he worked as her agent. He stepped down from the role to allow their personal relationship to flourish, but it seems that Trawick is still looking out for the 28-year-old singer, say reports.

And Spears appeared grateful for his help, looking happier than she has in weeks as the pair headed off on a romantic weekend break.