You are here: Home / Entertainment / Boris Kodjoe in NBC’ Undercovers

“Undercovers” is American action spy drama action series which is created by J. J. Abrams (Felicity, Alias, Lost, Fringe), and Josh Reims for NBC. It is story about two ex-spies “Mr. and Mrs. Smith” who decide to live a regular life as caterers and are then pulled back into the CIA. The show has been depicted as a “stand-alone adventure every week” and a “modernized” “Hart to Hart”. 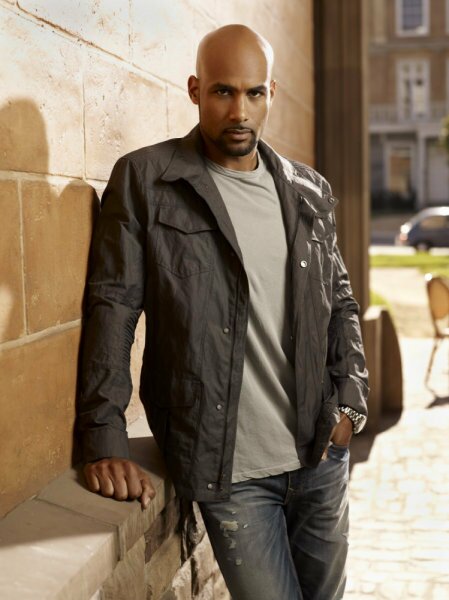 The first episode of “Undercovers” premiered on September 22, 2010 at 8/7c. Describing about the show, Abrams said, “This show does have ongoing stories as well but they are much more personal based and character based. But I’m trying to do a show that has a more fun energy and a little more comedic…” And on his decision to direct the pilot, Abrams explained that “I just enjoyed the idea of it. I enjoy the script… I enjoyed the chemistry of these two people and it became clear as we were working on it, rather than be sitting on the set every day with someone else directing it, being annoying, I’d rather just take the burden on myself.”

The lead role in the show is played by Atlanta actor Boris Kodjoe of “Soul Food” fame with British actress Gugu Mbatha-Raw. Not including the now-defunct UPN network which had numerous shows with African Americans in lead roles and unless it’s a comedy series like ABC’s ‘My Wife and Kids,’ which starred Damon Wayans and Tisha Campbell-Martin, or Fox’s ‘The Bernie Mac Show,’ the last time a major network put so much investment in a series starring an African American was ABC’s now-cancelled series, ‘Daybreak,’ which starred Taye Diggs. Airing in November 2006, the show was cancelled after six episodes.

Kodjoe said working with Abrams was “incredible,” adding “He is a genius.” Boris Kodjoe talked about his dream come true in a recent interview. He wants to play this role, how much he enjoys getting to do his own stunts, and what an honor it is to be the lead on one of the most-anticipated series of the Fall TV season. The show is a brightly written romantic adventure with two strong leading characters at the center that happen to be black. “We don’t consider what we are doing as revolutionizing TV, but we do realize it is a big deal,” producer Josh Reims said of the decision. “We all wish it wasn’t such a big deal that there are two black characters who are the leads on a major TV show on a major network, but unfortunately, that’s the way it is right now.”

Kodjoe wouldn’t have any issues if Tom Cruise Abrams’ buddy, who Abrams directed in “Mission: Impossible III,” who made a guest appearance on “Undercovers.” The actor said, “Absolutely, as the bad guy. Yeah, that’d be great.” One of the Kodjoe’s fans asked him how his wife handles him doing sex scenes. He answered, “Well, my wife, Nicole Ari Parker, a very sexy actress herself, goes through it the same way. Sometimes you gotta look away for a bit.”