French model, Isabelle Caro died at the age of 28 on 17 November. She was suffering from anorexia disease when she was thirteen years old. According to Le Parisien newspaper report, her family wants to keep her death private. The exact reason of her death is not disclosed yet but she had been hospitalized for respiratory problems. Her funeral ceremony was held in Paris in November. According to Caro’s acting coach, Daniele Dubreuil-Prevot, she died after returning to France from a job in Tokyo. 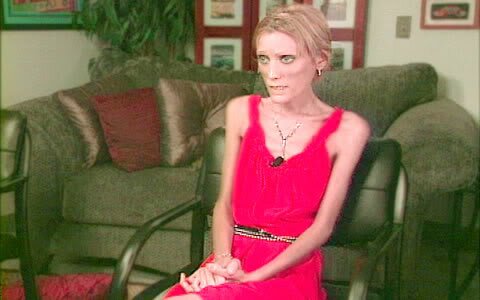 Isabelle Caro campaigned against anorexia in 2007 by providing photos for a controversial advertisement labeled as “No Anorexia” and became famous. Italian photographer Oliviero Toscani featured her skeletal frame in an ad “No Anorexia”. Her weight at that time was 59 pounds. She wrote a book with the title “The Little Girl Who Didn’t Want to Get Fat” in 2008 was published in France. Jessica Simpson’s VH1 series “The Price of Beauty” featured her to talk about body image matters and her struggle to overcome anorexia, earlier this year.

In 2006, Caro weighed only 25kg and fell into a coma. She said that she faced a very complicated, difficult, and painful childhood. Her mother had heard that children grow in fresh air so she did not allowed her to go outside, it was absolutely shocking.