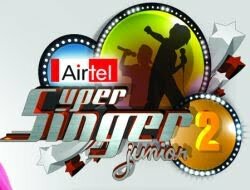 During the audition rounds, Divyadharshini compered Airtel Super Singer Junior 2. Later, this role was handed over to Divya, a former VJ and upcoming playback singer, who hosted the stage show consisting of the final 25 contestants. Judges of this show are K.S. Chitra, Mano and Malgudi Subha. Famous “Srinivas”, “Sujhata” and “Unikrishann” were included in the judge’s panel. The voice trainer is Ananth Vaidyanathan.

What was the position of the contestants in Airtel Super Singer Junior 2?

As finalists, a strong preference for contestants Priyanka and Srinisha was indicated by consensus on various online forums. Priyanka was a contestant noted for her flawless singing and outstandingly melodious voice, but she was eliminated shortly before the semi-finals. Srinisha was noted for her versatility to sing in any genre of songs but was eliminated in the first round of the semi-finals. Srikanth and Nithyashree came through the wild card. Then, the list finalists are: Shravan, Roshan, Alka, Srikanth & Nithyashree, making it the first time in the competition that 5 contestants will be heading to the finals.

At last, Alka Ajith’s name was announce as final title winner and was awarded a beautiful villa worth Rs. 25 lakhs. Shravan was the show’s second runner-up and was awarded a stylish car. And Finalists Nithyashree and Roshan were each awarded consolation cash prizes worth Rs. 2 lakhs. Srikanth was awarded a cash prize of Rs. 3 lakhs for being the most popular contestant on the show. Special cash prizes worth Rs. 1 lakh each were awarded to Priyanka and Srinisha. In addition, the show host announced 3.6 lakh votes which seems less than the number of votes during the wild card round. Karthik, meanwhile, announced the total number of votes to be 13 lakhs. The confusion remains!

The winner of the first season of Airtel Super Singer Junior was “Nikhil”. The third season of the show is expected to start in upcoming days. People are waiting for the next season to enjoy all the moments of the show.