America’s Got Talent is an American reality television series talent competition where singers, dancers, magicians, comedians and other performers of all ages competing for the advertised top prize of US$1 million. The show airs on the NBC television network. Alice Tan Ridley, the African-American R&B and Gospel singer appeared on the fifth season of America’s Got Talent on June 15, 2010. 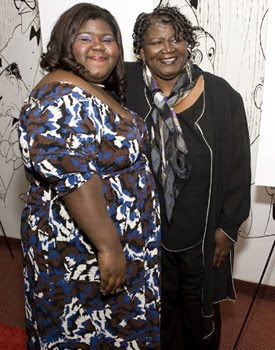 All three judges had been praised for the Alice talent and advancing to the Vegas round. Her daughter Gabourey Sidibe stated later that mom is Precious she was “very proud of her”. She was selected to move on to the Top 48 in Vegas Week along with singer Debra Romer. The performance episode aired on July 13, 2010 for the 2 hours. Alice performed “Midnight Train to Georgia” by Gladys Knight & the Pips on 20 July 2010 where she was praised for her performance and got a standing ovation from the crowd and the judges.
To the semi-finals, she has advanced with Ascen Dance, Michael Grimm, and Antonio Restivo. Her performance for the semifinal “I Have Nothing” by Whitney Houston with Piers Morgan was the first of the twelve on the night, and called as great beginning for the show.

On 7th September, 2010 the Top 10 acts will perform and the results will be show on the following night will determine who makes the final four spots.