You are here: Home / Entertainment / Akshay Kumar’s Master Chef to start from 16th October on Star Plus

Akshay Kumar, Bollywood action hero will host and judge of Masterchef India, a culinary competition show that is slated to start on Star Plus television channel from 16th October, every Saturday-Sunday at 9:00 Pm. 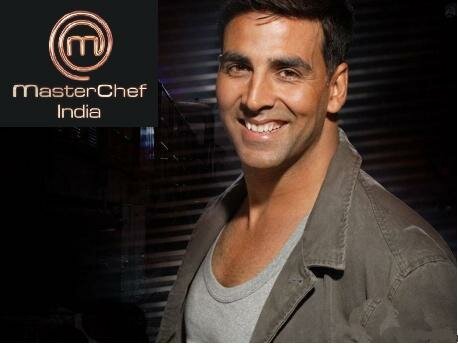 Star Plus is going to launch its high voltage drama in the form of Master Chef India, where cooking is a task to make the food with extreme situations. ‘Akshay Kumar’ the host of the show – ‘khiladi’ opened with some great moves and took the event further with his spicy quips at the press meet of Star’s ‘Master Chef India’.

In the show there are also two another judges like chefs Kunal Kapoor and Ajay Chopra, according to sources. For the title of Masterchef India in the show, Total 12 contestants will compete and the show will be shown two times a week. This show, Masterchef is based on the famous culinary competition UK and Australian format of the same name.

Star Plus said on its website “On this show, people who passionately cook as a hobby and have absolutely no experience in the food industry, fight for the title of ‘best cook of the country.” It added “Master Chef is not just a TV show, it’s a cultural phenomena. The show converts the most mundane daily chore of cooking into a life changing experience. The show is an emotion packed cut throat competition, which is easy to connect with and will keep the viewers at the edge of their seats.”

Ratings records have been broken in international versions of the show in the UK according to the channel where it has been running since 1990, and Australia, where it is the third most watched television program since 2001. The channel said an American version is under production with Fox and will be launched in this spring.

They are sure to take this show very seriously. This will be one of its kind nationwide searches for the best cook in the country in India. It said “it’s about people who are executives, construction workers, house wives, maid servants and students… anyone and everyone can be on the show, all you need is undying passion to make great food.”

In interview of Akshay Kumar, he entertained the press and had a surprise for them as the guy who is a chef by heart and is actor by profession had cooked some great delicacies for the media.

He said “I opted for this show because, I love eating. Then it may be any kind of tasty food, I will always hog on it. I think the passion towards food is the major reason why I am here with Star Plus today. I am going to enjoy every bit of this show, which has brought me again to my realism.”

“Even now if I get chance to cook food in my leisure time. I don’t leave any stone unturned to make the food delicious”

According to the sources, through the paces with various challenges, contestants will be put as they compete head-to-head to create delicious dishes. As they are put to the trial and judged by India’s best, everyday at-home cooks will have the once-in-a-lifetime opportunity to show their passion and excitement for food.

Akshay Kumar was the only Bollywood star who had a connect with food according to the channel.

The channel said “The India version won’t just end with finding the best cook of the nation, it goes a step further. The show will offer to set the winner for life. The grand prize will be a restaurant in winner’s name. Which the winner will run and make an occupation out of his talent and thus change his/her life forever.”