Aimee surprises the world by announcing her marriage with Moses Chan, one of the most eligible TVB leading men. The love story of these love birds was started on the set of 2011’s Master of Play. Last year, the couple moved in together. 32 years Aimee announced her marriage on Weibo and posted some of their wedding photos on June 11 with a message in French and English, “We are married! The next chapter to our life story begins today”. The marriage took place in the City of Love, Paris with very close friends and family member. 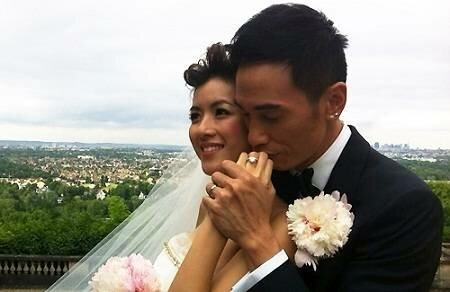 If you consider rumors one of the reasons of the wedding is that Aimee is pregnant and Moses wants to marry her before she gives birth to their love child. The rumors of the Aimee pregnancy catch fire when the actress quit martial arts TVB series Cold Mountain Hidden Dragon, however the couple has not confirmed the news and the reason stated for leaving the production is Aimee’s declined health. But her absent at a promotional event of her drama show add more further fueling rumors towards her pregnancy. 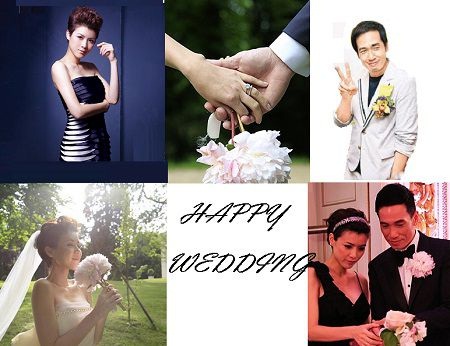 Most of Aimee’s photos featured Aimee’s top torso which adds more to rumor about her pregnancy. It is speculated that after returning from Paris, Moses will go to Hong Kong while Aimee will return back to her hometown in Canada and she will stay there till her child birth. But 42 years old Moses is not clearly saying anything about Aimee’s pregnancy by stating that, “If there is good news, I will definitely share it with everyone”. Fans of the both the stars are looking for the couple confirmation regarding Aimee pregnancy.