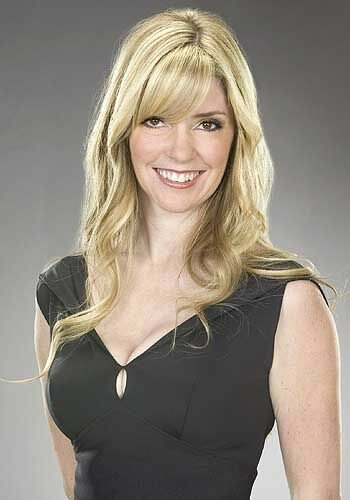 The 50-year-old former actress and reality TV show star, Jodie Fisher had been allegedly harassed by 53 year old, Hurd while doing the company’s marketing activities. A subsequent investigation into her claims revealed that Hurd filed inaccurate expense reports to conceal her identity. The harassment allegation has turned into the resignation of CEO Mark Hurd.

The New York Daily News reported, Fisher says she’s “sorry” Hurd lost his job over the issue, and that they never had sex.

Both Fisher and Hurd have known each other since HP’s marketing department from 2007 to 2009. Jodie earned around $5000 per event to organize HP functions. Fisher worked as a saleswoman and an executive at a commercial real estate company.

On Friday, Fisher’s identity remained undisclosed. Fisher’s lawyer Gloria Allred is said to be representing actor Mel Gibson’s alleged mistress, portrayed Fisher as a single mother who is “focused on raising her young son.” Gloria Allred said that both Fisher and Hurd had never had intimate relationships and is not open in discussing the allegations. 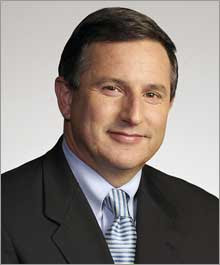 Hurd confirmed with HP in stepping down Friday that they reached a Separation Agremeent paying $12.2 million severance payment along with stock within 30 days. But Frank Glassner of Veritas claims Hurd will obtain $40 to $50 million by year end.

Fisher told on Sunday, “I was surprised and saddened that Mark Hurd lost his job over this. That was never my intention. Mark and I never had an affair or intimate sexual relationship. I first met Mark in 2007 when I interviewed for a contractor job at the company.”

She added, “At HP, I was under contract to work at high-level customer and executive summit events held around the country and abroad. I prepared for those events, worked very hard and enjoyed working for HP. I have resolved my claim with Mark privately, without litigation, and I do not intend to comment on it further. I wish Mark, his family and HP the best.”

Hurd settled with Fisher on Thursday. According to reports, Fisher did not receive a payment under the settlement. Her other credits include “Sheer Passion,” “Body of Influence,” and “Intimate Obsession,” “Silk Stalkings,” and “Blood Dolls.”.

Lastly, Fisher was seen on TV most notably for the show Age of Love. The show said of Fisher that she was born July 17, 1960, her occupation listed as VP of Commercial Real Estate Company, her residence as Santa Monica, her education a BA from Texas Tech, and divorcee with one son named Jack.

Hurd said on Friday that he was stepping down after five years at his position. He had retained Fisher from 2007 to 2009 as a marketing consultant, an independent contractor, non HP employee.

Hurd said, “As the investigation progressed, I realized there were instances in which I did not live up to the standards and principles of trust, respect and integrity that I have espoused at HP and which have guided me throughout my career.” Hurd stated, “This is a painful decision for me to make after five years at HP, but I believe it would be difficult for me to continue as an effective leader at HP and I believe this is the only decision the board and I could make at this time.”

Before coming to HP in April 2005, Hurd spent 25 years at ATM maker NCR Corp. HP’s market value nearly doubled during his five years. HP’s stock fell nearly 10 percent to $41.85 in after-hours trading Friday, when the news was released. Interim CEO Cathie Lesjak said on Sunday, “One thing happened in this company on Friday – that is the CEO left.“