Popular Tamil actress, Seetha tied knot with the television series actor Sathish at her house in Saligramam, Chennai in front of her parents and relatives. Seetha and Satish have been relation in TV series shoot. Seetha has married second time to her longtime beau TV actor Sathish. As per the sources, Seetha and Sathish fell in love & both started living in the same house during this time. 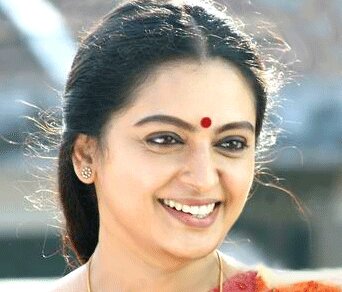 In the year 1980, Seetha began her career in the Tamil industries. She usually came in the lead role of movies. But, after sometimes, she started acting into Television. Actress Seetha was first married with Tamil actor-director Parthipan with whom she divorced some years back. Both the couple has three children, two daughters Abinaya and Keerthana and one adopted son Radhakrishnan. The elder daughter Abhinaya is living with Seetha while the youngest one Keerthana and adopted son Radhakrishna are residing with Parthiban.

Actress Seetha & Sathish have been in a live-in relation for some time now. After the marriage, Seetha reportedly said, “I am happy about my life. Sathish is a gentleman who understands me and cares for me a lot. A woman should be in the company of a man in her life for many reasons. Sathish is a nice companion.” Close circles say, “The initial friendship turned into love and duo decided to take the relationship to life-time bond. With the blessings of elders, they are a happy couple now.“