You are here: Home / Entertainment / Abhinav Kohli is new boyfriend of Shweta Tiwari

One of the hottest sexy actresses of television, Shweta Tiwari has a new boyfriend and his name is Abhinav Kohli. They came close to each other in a TV show ‘Jaane Kya Baat Hui’, were the actor has been working with shweta Tiwari. It is reported that the both have been into a relationship since one and half years now. 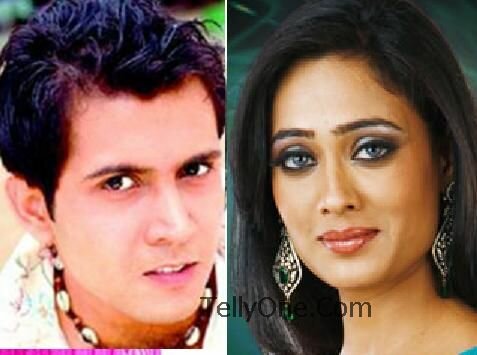 Later it was known that Raja entered Shweta’s house without her permission, as he wanted to see his daughter Palak, who is with her mother. Shweta’s mother called up Abhinav, after witnessing Raja’s forceable entry into the house, and then they both together launched a grievance against Raja at the local police station.

There has always been a tense situation between Raja and shweta after they divorce a couple of years back.
Abhinav’s friend revealed, “Abhinav and Shweta are madly in love. Shweta’s mother has also accepted Abhinav. In fact, Abhinav has been staying at Shweta’s place ever since she left for Bigg Boss 4”.

Palak who is the daughter of Shweta also loves Abhinav. She called him as AB.

Abhinav was also seen on the location of Jhalak Dikhla Jaa 3, which was anchor by Shweta Tiwari. To avoid public attention Abhinav would come on the location with homemade food for Shweta but was very careful not to be seen with her. The situation was very filmy. Actually, from the time being Shweta Tiwari and Abhinav are maintaining the tag of ‘only acquaintances’.

It can now be told that Shweta Tiwari and Abhinav Kohli are in a swing stable relationship. The couple plans to get married as soon as Shweta breaks free from Raja Chaudhary lawfully.

As Shweta had feared that Raja Chaudhary would try to break into their house, she asked Abhinav and her rakhi brother Mohan to stay and look after her mother in her absence.

Abhinav Kohil bravely admits his love for the first time for the Bigg Boss contestant, after Raja Choudhary’s savage attack at his alienated wife’s residence. He told Mumbai Mirror, “Shweta and I love each other. It’s been a year-and-half now. We are going very strong.”