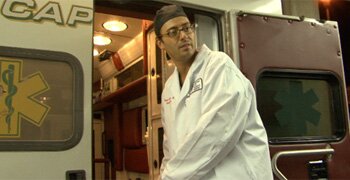 The series consists 8 episodes that all revolves round the doctors, nurses and patients at three Boston hospitals, Massachusetts General Hospital, Brigham and Women’s Hospital and Children’s Hospital. In this series, you watch actual scenes of pain and fear between patients and doctors. It is about real medical teams in United States best hospital.

Recently, ‘Boston Med’ TV show’s first episode has aired on 24 June, Thursday 2010. Executive Producer Terry Wrong said that “after watching “Boston Med”, people will come to know that their expectations about health system have been reshaped and such series are helping a lot in it”

So keep watching this series, if you want to know what actually happened and how doctors solve difficult situations in hospitals. After watching this great series from beginning to ending, you will come to know the real motive behind its creation.

The project has been approved by the administration of Massachusetts General Hospital. “Boston Med” story covers what happens inside the E.R. and O.R. Dramas and shows that viewers don’t like same story and they want something new so series like “Boston Med” can attract them. The music of “Boston Med” is real that composed by the struggling musicians of New York.

According to abc.go.com, “Boston Med picks up where the Peabody Award-winning Hopkins left off, going even deeper into the lives of caregivers and the cutting edge medical cases they confront inside the walls of America’s top hospitals. In this original eight-hour series, the unforgettable stories of doctors, nurses and patients are adeptly woven to give each hour the pace and intensity of a drama. Whether it’s the young resident in crisis doubting that she’s good enough to become a Harvard-trained doctor, or the deployed soldier’s pregnant wife praying for a miracle surgery to save her baby, Boston Med is sure to touch your heart.

Filmed over four months at Massachusetts General, Brigham and Women’s, and Children’s Hospital Boston, this powerfully real series breaks new ground in the documentary landscape. Meet the charismatic Hollywood producer before either he or the filmmakers realize that, through a twist of fate, his face will be transplanted onto a Vietnam veteran badly scarred in an accident. The second face transplant performed in this country and the first anywhere to be so extensively filmed, this operation involved two dozen surgeons and up to a hundred additional doctors and nurses. It’s a stunning example of both the high caliber medicine and the unprecedented and unique access captured by the filmmakers in Boston Med.”

Get more spoilers about the series at http://www.poptower.com/boston-med-abc-tv-series.html