After many popular Bollywood star like Amitabh Bachchan, Shah Rukh Khan, Hrithik Roshan, Preity Zinta, Shekhar Kapur, Arjun Rampal, Gul Panag, Karan Johar, and now Aamir Khan also joins Twitter for his fans on July 1. His fans across the world have given him a warm welcome on the worldwide web – on Twitter as well as outside. 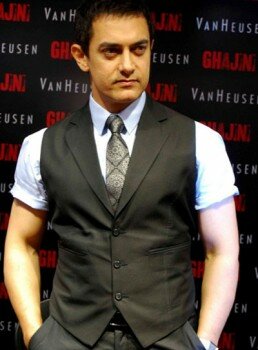 Aamir’s first tweet from his handle, @aamir_khan was, ‘Testing. Aamir.’ Within five hours of his first tweet, Aamir had 24, 438 followers. Amir khan debuts on Twitter but Mr. Perfectionist’s Twitter was not so perfect with his impersonator’s handle — aamir_khanAamir when his Twitter handle aamir_khan was confused. Even Aamir’s fans and celebrity friends got wrong Aamir’s user name despite of several publications and TV channels.

Many fake accounts were opened in Twitter in the name of Aamir, but the real one is aamir_khan. “This is really funny! On the 1st of July more than 40 fake Aamir Khan Accounts were launched! Why do people do this? Why why why,” twitted Rajiv Makhni of NDTV to whom Aamir had told in an interview about his joining Twitter from today. As regard the real Aamir Khan on Twitter, the pace at which the number of his followers was rising on Twitter, it appeared that he would have more followers than Amitabh Bachchan very soon. Amitabh Bachchan and Priyanka Chopra also face same problem like Aamir Khan on Twitter.

The confusion only gained momentum when the media publicised the false account. Aamir’s nephew and actor Imran Khan jumped in to clarify, and posted, “aamir_khan = real.” Priyanka, who had earlier tweeted the wrong ID, also directed all to go by the handle that Imran suggested. She tweeted, “So I’m confused… Just listen to Imran!!haha!“.

At 12:46 PM, Aamir tested his presence on Twitter on 30th June, 2010 via his Samsung mobile. The actor has 45,852 followers within 23 hours of joining the website. Karan Johar welcomed the actor saying, ‘@aamir_khan on twitterverse people!!!’

Aamir, though, is only following the Big B. After 22 hours, he tweets a ‘sher’ saying, “Bhala gardish falak ki chain deti hai kise Insha, ganimat hai ke hum surat yahan do-chaar baithey hain. Esp for you sir. Love”. Bachchan was also prompt in responding to Aamir on Twitter. “Thank you Aamir … You give more due than I deserve… Happy Tweeting”, said the Senior Bachchan. The difference between in the Twitter pages of the two actors is Senior Bachchan had a number of his pictures of his Twitter page while Aamir’s page on Twitter was too simple like him.

It seems that Aamir will rock on the Twitter.

Video of ‘Aamir Khan wants to change his name’ from YouTube: