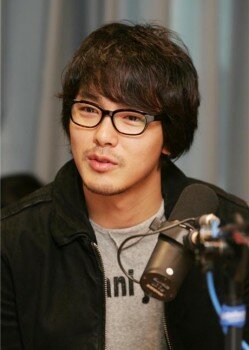 32 year old Park Yong-Ha dead body was found in his room by his mother after he apparently hanged himself with an electrical cord of his mobile phone charger at around 5:30 a.m.

Park had been taking care of his father, who is suffering from stomach cancer, at his home and he spent his last moments Tuesday night with his father. He reportedly massaged his father for a long while before leaving with the words: “I’m sorry. I’m sorry.”

Reason for Park’s death is still unknown, but police are investing the real cause behind Park suicide based on testimonies by his family. Now Park’s body has been placed at Seoul St. Mary’s Hospital.

Park Yong Ha started his career through popular TV drama series “Winter Sonata” in 1997 and became very popular and widely known across Asia, including Japan, after the 2002 drama series became a big hit in the region. Park has also led a successful singing career in Japan. He won four consecutive Japan Gold Disc Awards for his several albums and also received other several awards in his 17 years of successful career.

Currently, he had been set to star in the small screen adaptation of legendary Hong Kong pic “Comrades, Almost a Love Story”.

Park Yong Ha friend said “There’s no way to know the real reason, but when I met Park a few months ago, he seemed depressed.”

On Saturday, 26th June, 2010 Park was posted last message on twitter about the world cup, “We lost. But they did well. clap clap clap~ Everyone, let’s clap with warm hears for our national soccer team, who return with heavy steps. Good job!!”