Government College Ajmer has declared Pre BSTC Online Counselling schedule on its result official website Bstc2010.org for the admissions in different colleges of Rajasthan for the teachers Course. Last month, the Rajasthan BSTC results were announced on 23rd June, 2010 for the exam that conducted on 2nd May, 2010. Along with the results the university also announced cut off marks. The BSTC 2010 Online Counselling will set up from 23rd September, 2010 to 6th October, 2010. Only qualified candidates in the entrance test result are eligible for the BSTC 2010 online counseling. Below the more information about BSTC 2010 online counselling schedule is available. 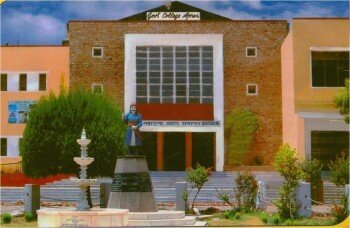 Government College Ajmer (GCA) has founded as an English school in 1836 by the Court of Directors of the East India Company at the building which currently known as the Blue Castle. Then in the year, GCA turned into an Intermediate College. Afterward, day to day increase in numbers and the starting of Intermediate classes needed the larger accommodation and the base stone of the present buildings was placed on 17th February, 1868 by General Keating, then Agent to the Governor-General in Rajputana.

During the year 1896, the Degree classes in Arts subjects were begun and in 1913, the Science subjects was begun. A year previous the school classes had been divided from the college and moved to another part of the town.

For checking the full information about the counseling procedure, follow the below links,