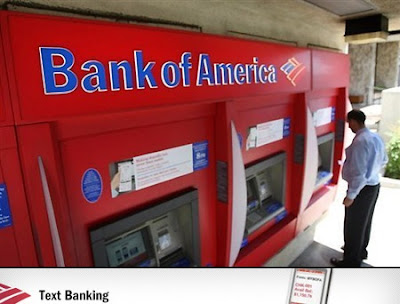 The website, where customers can usually carry out their banking functions, always assure their user for 24/7 access, but only sometimes it appeared that online banking is temporarily unavailable. At the BofA’s official website, they posted under the company overview that they have 29 million active users. This type of same problem was experienced an entire day during the mid-January by BofA’s customers. The web site was started to support around 10:20 am Tuesday, however it showed outage one more time about 11:15 am.

Tara Burke, BofA spokesperson described that due to a regular update over the weekend the problem occurred. Owing to proprietary base, she explained that she can not give more details about it but she cleared that it did not impact customer information or security. When she was asked directly regarding hacking like a la Anonymous or the WikiLeaks backlash that struck Visa, MasterCard and Amazon, she told there was nothing of that.

She described that there were intermittent interruptions annoyed to customers. She added that mobile and text banking were functioning still. The bank replied to users regarding outage problem on Twitter via @BofA_Help.

As per report, the online banking website of the BofA functioned very slowly since Monday morning to Tuesday evening because of routine upgrades over the weekend. According to BofA spokesperson, the bank is currently in process to restore services as quickly as possible.