The bank stress tests results were announced on Friday struck critics as timid, inadequate and overloaded with compromise similar to many other official attempts to extinguish the Continent’s sovereign debt crisis. On 26 July, 2010 European stock markets and the euro hit a five-week closing high, but share gains were held back by growing doubts over the credibility of “stress test” which has cleared all except seven European banks. The premium investors demand to hold Spanish, Irish, and Greek bonds over German bunds refused as the findings boosted demand for assets perceived to be higher risk. 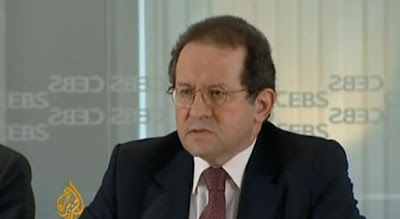 On the Irish market, Allied Irish Banks (AIB) was lifted about 5.5 per cent to 95 cent, while Bank of Ireland added almost 5 per cent to close at 78 cent. In US markets, both banks had traded well on Friday evening after it was announced they had passed the stress tests. Including Barclays, Dexia and Société Générale, banks across Europe, gained 4.5-9.1 per cent on 26 July 2010.

A Dublin-based broker said, “It was a political exercise. It wasn’t anything more than that.” He added, “However the market is “buying into it” for the time being.” “The key criticism is that the stress tests in respect of exposures to peripheral euro-zone sovereign debt were rather light,” said by NCB stockbrokers in its morning note.

According to Citigroup, “Twenty-four of Europe’s biggest banks would fail the region’s stress tests and show a combined capital shortfall of €15 billion if the exams were to have included losses on sovereign bonds held on lenders’ banking books.” Ronit Ghose and other Citigroup analysts said in their note to clients on 26 July 2010, “This figure was the threshold set by European regulators for passing.”

Bank shares rose, while the cost of insuring bank bonds using credit default swaps fell in the first full trading day since European regulators released the tests. The interest rate is charged by banks for short-term loans, also declined, a tentative sign that the stress tests were helping to ease banks’ fears about each others’ creditworthiness.

12 Spanish banks, seven from Greece and Cyprus, three German lenders and one bank each from Italy and Ireland are included in the banks that failed the Citigroup assessment. 91 largest banks of European Union were carried out in stress test to examine the region’s financial firms weather withstand an economic slump or a sovereign-debt crisis.

“The Committee of European Bank Supervisors issued the stress test report that contains little information about the stability of the banking system with respect to a sovereign debt crisis,” written by analysts at Credit Suisse in a report on Monday. “Nevertheless, it contains some reassuring information about the ability to withstand a more adverse economic scenario.”

Seven lenders failed and exposed a combined capital shortfall of €3.5 billion, that is showed by the test. Analysts said, “That approach ignored the majority of banks’ holdings of sovereign debt.” Citigroup said that it used the stress-test data and applied an additional discount on banks’ sovereign-debt holdings in the banking books.

Spanish debt led gains by so- called peripheral euro-region nations on the bond market on 26 July 2010. The yield on the Spanish 10-year bond fell 12 basis points to 4.27 per cent, sending the yield premium, or spread, investors demand to hold the securities instead of bunds down 17 basis points to 148 basis points. The Irish 10-year spread over bunds narrowed slightly to 259 basis points.