Jon Voight is well-known actor and one of the few out-spoken conservative in Hollywood. He is father of actor James Haven and actress Angelina Jolie. Voight has appeared in public scrutinize President Barack Obama. Once again, Jon Voight is taking President Obama to task in a letter which published by The Washington Times on June 22, 2010. He has complained about Obama’s handling of Israel and Arizona. The details about Jon Voight’s letter and revealed video are provided below. 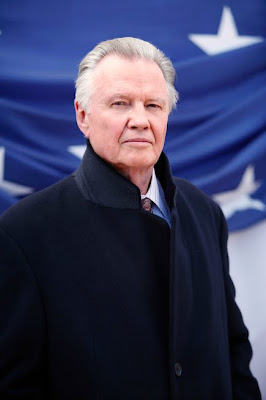 Voight wrote an open letter to America which he read to the nation on the Mike Huckabee show during the last April. You can see a video of that below.

Former this month, Voight visited the Times’ editorial offices and expressed his negative opinions about Obama, he said, “Obama is a very good actor. He knows how to play it. And he is very adept at creating this ‘Obama’ this character who is there whenever the world needs something.” He has also bashed Obama in 2008 and 2009.

According to current news, once again he has written an open letter to Barack Obama expressing his concern for the way in which this President is dealing with important issues both domestically and abroad.

In the letter, he accuses on Obama for creating ‘civil war’ in Arizona and of betraying Israel. He reminds the President that Israel is the only democracy in the Middle East. He also reminds Obama that the Jewish people brought us The Ten Commandments and have given the world ‘our greatest scientist and philosophers’. He accuses Obama of propagandizing Israel to the point that they are being perceived as an ‘enemy’ rather than the ally they have always been. He goes on to express his great admiration for Israel and accuses the President of promoting anti-Semitism and putting Israel in harm’s way.

Voight also questions the Obama Administration’s expressed intention of suing the State of Arizona over that state’s immigration law. A law that simply enforces the Federal immigration law, but has been publically demonized to the point that most people think it is inhumane in some way. He writes: ‘You have brought to Arizona a civil war, once again defending the criminals and illegal, creating a meltdown for good, loyal, law-abiding citizens.’

Voight wrote in the letter to American people, “In one year, the American people are witnessing the greatest lie that is cleverly orchestrated by President Obama and his whole Administration, the lie is a potent aggression that feeds the needs of people who either have not educated themselves enough to understand the assault upon us all, or the very poor and needy who live to be taken care of.”

He also added, “President Obama feeds these people poison, giving them the idea that they are entitled to take from the wealthier who have lived and worked in a democracy that understands that capitalism is the only truth that keeps a nation healthy and fed. Now the lie goes very deep, and President Obama has been cleverly trained in the Alinsky method and it would be very important that every American knows what that method is, it is a socialistic, Marxist teaching and little by little he rapes this nation, taking down our defenses, making new language for the Islamic extremists. The world looked up to us as a symbol of hope and prosperity now wonders what would become of the entire world if American is losing it’s power.”

“This will be the first President to ever weaken the United States of America, President Obama uses his aggression and arrogance for his own agenda against the will of the American people when he should using his will and aggression against our enemies. Every loving American for peace, and truth, and the security of our nation must come out and join the tea parties of their state. The opposition will continue their tactics, they will lie and plant their own bullies amongst us. Everyone must pay close attention to who stands next to them. We can weed out the liars and agitators. Let us all stand in God’s light. Let no man put asunder. We can and will prevail. God bless us all.”

You can read the The Washington Times’ published an open letter from actor Jon Voight to President Obama on www.washingtontimes.com.