Recently, Hedge fund manager, Sean Mueller was arrested for running a Ponzi scheme. With a business partner John Elway, Hall of Fame quarterback invested $15 million with a hedge-fund manager (Sean Mueller). Colorado regulators sued Sean Mueller, due to this he threatened to jump off of a Regional Transportation District parking structure but Greenwood Village police interfered and took Mueller to a hospital. 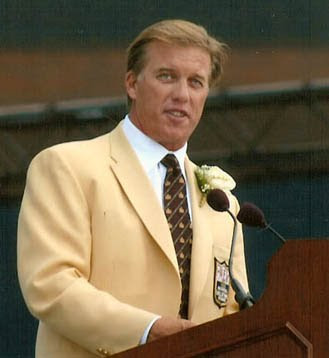 As per Denver Post report, $15 million was invested by the two guys with Sean Mueller in March. They both thought that the money would be placed in a trust until a final decision was made about where it would be invested. Over the past decade, about 65 people had invested $71 million with Mueller, according to an affidavit filed by the Denver District Attorney’s office. Authorities named as “classic Ponzi scheme” in which they blame Mueller of enticing new investors to pay off old ones.

According to a state investigator, Mueller only had $9.5 million in April. On 13th October, 2010 he turned himself in to authorities on charges of racketeering, securities fraud and theft, and is being held in prison on $2 million bond. Elway and his partner have asked that their claim be processed ahead of any other investors’ because their $15 million was believed to be placed in a trust, not pooled with the money of the rest of the hedge fund. It is expected that $12 million of Elway’s money was placed into a Morgan Stanley trust account, according to an April filing. The other $3 million of the money was unaccounted.

Mueller wrote in an e-mail 22nd April, 2010: “The confusion has finally won its battle with me, and I feel like there are no good options left“. “I always thought I could make it back, but that’s not going to happen.” It is estimated by Mueller that only $15 million remained in a fund that was believed to have $122 million in assets. About $45 million was owed by him from investors.

Richard Kornfeld, Mueller’s attorney refused to talk about whether Mueller remained suicidal or to say when Mueller might turn himself in. “He’s been actively cooperating,” Kornfeld said. “We knew and understood that the discussions would result in criminal charges.”

A spokeswoman for District Attorney Mitch Morrissey, Lynn Kimbrough said, before a scheduled court appearance on Friday, Mueller was predictable to be in custody. Bail was decided at $2 million cash. Rollins said his investment with Mueller had nothing to do with the foundation. Elway did not instantly return a message.