You are here: Home / Business / DISH Network off some Fox Channels to air

DISH Network off some Fox Channels to air

Customers of DISH Network are not currently able to view several Fox sports networks plus FX and the National Geographic Channel due to a contract dispute between both companies, which is quickly turning into a heated war of words so DISH Network off some Fox Channels to air. 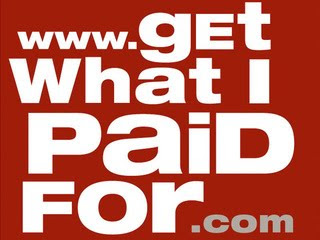 A strident consumer campaign was introduced by DISH against Fox, protesting what DISH said was a more than 50 percent hike in licensing fees. DISH launched protest page where consumers were urged to call the president of Fox Sports.

Fox has blocked FX, the National Geographic channel, and regional Fox sports networks from appearing, claimed by DISH. But Fox claims that according to a recorded message at its Fox Sports Los Angeles headquarters, on midnight on Sept. 30, DISH dropped Fox Sports and the other channels.

Fox has created its own website where the site has kept a running clock (over 11 hours, at press time) of the length of the outage. As of November 1, the site also threatens that DISH subscribers cannot access the Fox network station, eliminating local news, programs like House and Glee, coverage of the World Series and other sporting events. Search another provider by visiting GetWhatIPaidFor.com, the site says in a video message.

Dave Shull, senior vice president of programming for DISH Network said in a statement “DISH Network is not going to allow FOX or any programmer to bully our customers into paying such an unconscionable price increase, FOX has a long history of trying to shake down pay TV providers, including Cablevision, Time Warner, and Bright House”.

Time Warner refused to pay a 300 percent fee hike at the end of 2009. But service was never interrupted. And Fox denied that the company was looking for a 50 percent fee hike.
The GetWhatIPaidFor site said “We are not seeking a 50 percent increase for FX, National Geographic Channel, and our 19 regional sports networks. And we are not asking you for any more money. We are simply asking DISH to compensate us fairly out of their massive profits for Foxs entertainment and sports programming services they sell to their subscribers”.

According to Fox the fees, for what it was asking about programming lineup, including American Idol, House, Glee, and The Simpsons, as well as the National Football League, Major League Baseball, and NASCAR, were very reasonable.

But DISH disagreed and Shull added “Our customers should not be held hostage in order to finance FOXs irresponsible acquisition of sports rights. Consumers are already burdened enough in this challenging economy.”