U.S. based Corn Refiners Association had appealed to US Food & Drug Administration on Tuesday for permitting food producers to evade the term of high fructose Corn Syrup and use new name Corn Sugar. After trying two year, the association has renamed the Corn syrup as Corn Sugar for using this name on products. The high fructose corn syrup association wants to make sweeter image with a new name “Corn Sugar”. They expect that this new name will be proved ease for sweetener confusion which used in soft drinks, bread, cereal and other products. 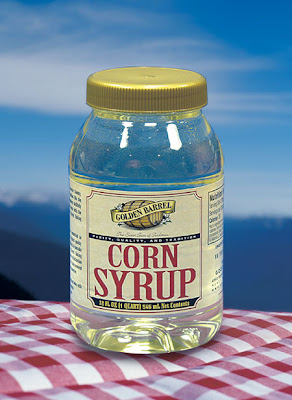 Americans’ corn syrup consumption has descended in to a twenty-year low on consumer concerns which are more dangerous or more expected to cause obesity than ordinary sugar, perceptions for which little scientific evidence is available. As per some scientists, drinking of full-calorie soda is also related with obesity as it contains high fructose corn syrup for the sweetening purpose. To decide the new name, the Food and Drug Administration took two year, although they are not preventing the industry from using the term now in advertising.

The appeal appears among growing alarm in the US about increasing obesity levels and the growing people perception that high fructose corn syrup is inferior for the daily diet than table sugar.

The new corn sugar is marketed online at www.cornsugar.com and on television. Its couple of new commercials are trying to improve customer confusion and for getting the opinion of people, so they want to show that people who say they now understand that “whether it’s corn sugar or cane sugar, your body can’t tell the difference. Sugar is sugar.”

Executive director of the Center for Science in the Public Interest, Michael Jacobson said that Sugar and high fructose corn syrup are nutritionally the same, and there’s no evidence that the sweetener is any worse for the body than sugar. Jacobson added that the bottom line is people should consume less of all sugars. He said that “Soda pop sweetened with sugar is every bit as conducive to obesity as soda pop sweetened with high fructose corn syrup.”

President of the Washington-based, Audrae Erickson group said that the new name would help people understand the sweetener. She refused to say how much the campaign costs. She said, “It has been highly disparaged and highly misunderstood.”

Since the mid-1980s Cane and beet sugar have hovered around 44 pounds per person per year, after falling fast in the 1970s, when high fructose corn syrup which is a cheaper alternative to sugar is gained favor with soft drink makers.

As parents, Joan Leib looks at ingredient labels and they will not buy anything with it. In Somerville, Mass, the mother of two has been avoiding the sweetener for about a year to reduce sweeteners in her family’s diet.

Many companies are reacting through eliminating it from their products. According to the U.S. Department of Agriculture, there were averagely 35.7 pounds of high fructose corn syrup eaten by American last year that is 21 percent down from 45.4 pounds 10 years before.

The 36-year-old Leib said, “I found it in things that you would never think needed it, or should have it. I found it in jars of pickles, in English muffins and bread. Why do we need extra sweeteners?”

Credit Suisse senior analyst Robert Moskow said that with sales falling in the U.S., the industry is growing in emerging markets like Mexico, and revenue has been steady at $3 billion to $4 billion a year. There are five manufacturers in the U.S. including Archer Daniels Midland Inc., Corn Products International, Cargill, Roquette America, and Tate & Lyle.

The petition said, “The name ‘corn sugar’ more accurately reflects the source of the food (corn), identifies the basic nature of the food (a sugar), and discloses the food’s function (a sweetener).“