On Friday, Chinese government has renewed Google’s Internet Content Provider license, to operate a website after the company submitted a revised application to meet regulations in the world’s biggest Internet market by users. The renewal has been in doubt because of the tense relations between Google and Chinese authorities over censorship of Google search results. 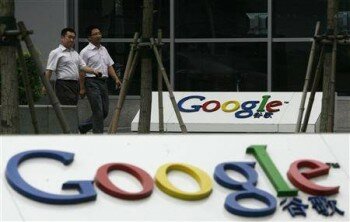 The state Bureau of Surveying and Mapping (SBSM) has said total 23 domestic companies including Baidu, Alibaba and Sohu are among those expected to be granted a licensee to provide the services.

The Google’s Internet Content Provider license can be revoke by china at any time. It allows Google to keep its Web site, Google.cn, in China and continue operating some Internet services there. Under the new plan, people using this search engine will land on a censored China home page, with an option to be redirected to Hong Kong.

On Friday, Google’s China site offered access to services that don’t require filtering, including its music search feature, product search and translation services. It is one step easier than what anyone in China could have always done, which is type in the URL themselves.

Google’s chief legal officer, David Drummond said in a company blog post, “We look forward to continuing to provide web search and local products to our users in China”.

The new search engine can offer more products and services that do not need censorship, as well as continue to sell advertising on the site in a country with some 400 million Internet users. It also eliminates a cloud over other Google business interests.

Mendelson said “It would have been an indication that the Chinese government is not settling things that appeared to be in their best interests, and that’s not good for businesses that do business in China”. He also said “Instead, the renewal of the license represents a step in the right direction, if only a small one”.

In March 2010, refusing to bow any further to the strict censorship laws under which it is forced to operate in China, Google stopped up its search engine in China and started directing users to its censor-free Hong Kong site, which prompted the Chinese authorities to say that the redirect is unacceptable.

Google said, “Google redirect service offers unfiltered search in simplified Chinese and has been working well for their users and Google. Though, it is clear from discussion that we have had with Chinese government officials that they find the redirect unacceptable-and that if we continue redirecting users our internet content provider license will not be renewed. And with out an ICP license, Google cannot operate a commercial website like Google.cn.”