You are here: Home / Business / Amazon to launch streaming service 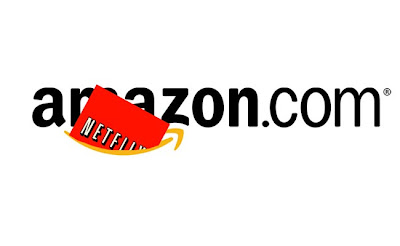 Amazon.com is multinational electronic company that was created as an online bookstore but later the company expanded its work in the field of selling MP3 downloads, DVDs, video games, CDs, computer software, electronics, food, toy and furniture. It also permits International shipping for some of its goods for the selected countries.

To survive in the competition with Netflix, this film streaming service is designed by Amazon. Netflix is American corporation that provides online video, Blu-ray Disc and DVD-Video by paying rent in Canada and United States. Amazon already allows the customer to purchase and hire individual titles but this new service is generated to give them limitless streaming against their monthly subscription fee.

Amazon wants to introduce this service in the February beginning but because of some problems they will launch this service in the end of this month. Customers will get this streaming service with Amazon Prime. Amazon Prime is membership scheme that allows the customer infinite free shipping. $3.99 per item on one-day shipping and two days shipping and the customers have to pay $79 for the yearly membership. The web users, who pay Amazon Prime cost $49 yearly, are able to get free delivery on many products that are sold by the website.

Amazon is facing the problems to acquire most important film studios on board as the film studios are not ready to sign on Amazon’s service. They think that this agreement may adversely affect the physical disc selling. They also think that Amazon’s chances are very less to compete with Netflix because Netflix provides all types of foremost studio content. It also gives classic and modern movies as well as streaming service to many instruments.

It becomes difficult for the Amazon to fight with Netflix because it got important place in the field of online watching films and having $11.2bn market capitalization. Home entertainment background of the US has been altered due to the development of Netflix. Netflix has made deal on online streaming for five years with Lionsgate Entertainment, Metro-Goldwyn-Mayer and Paramount Pictures at $900m.

According to some report, Amazon is searching for the older titles right first. Amazon has made agreement with rental firm Lovefilm to purchase 58 percent of games and British DVD from this firm. Engadget technology blog has introduced screen shot of Amazon’s plan to encourage this service. From this screen shot, customers get the idea that Amazon streaming service has more than 5,000 movies and television shows. Amazon Prime customers will obtain stream content fully free for the year by annually paying $79.

As per Engadget that captured the page, the message available on it: “Your Amazon Prime membership now includes unlimited, commercial-free, instant streaming of 5,000 movies and TV shows at no additional cost”.

Amazon has “held talks with the Hollywood studios and several independent companies about acquiring library content for a subscription movie streaming service similar to Netflix,” as per The Los Angeles Times.

Richard Greenfield, who is BTIG analyst said, “We suspect Amazon Prime is not launching in the immediate future as the service description of 5,000 movies and TV shows does not appear to match up with the aforementioned content we saw.”

When the Netflix was started; it had not immediately become important feature at the initial stage. Now the people are waiting to watch what will happen in the case of the Amazon.