You are here: Home / Business / Alabama Unemployment Rate – A biggest decline over past 12 month

Alabama Unemployment Rate – A biggest decline over past 12 month

Alabama was the biggest decline in unemployment more than past 12 months that shows Alabama is home to 5 of the nation’s top ten metropolitan areas of the nation. According to the U.S Bureau of Labor Statistics report, Alabama cities are among the biggest drop out of 372 metro areas in year 2009. As per the report, drop is a sign of recovery. 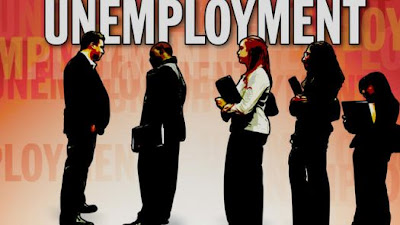 Unemployment statistics for the state Alabama show that rates of unemployment are falling and have dropped for the last 5 months in a row so there is some respite for job seekers. According to Mario Hendricks over on WSFA12News, at present, the unemployment rate for Alabama stands at 8.9%. It is expected that unemployment rates will continue to fall due to many firms are also taking on more staff with the busy holiday season. The overall economy of the area is improving because many employers in Alabama are now taking on more extra staff than for year 2009.

The decline rate of Alabama’s unemployment is 1.4 percent according to latest unemployment figures between August 2009 and August 2010. Florence-Muscle Shoals area’s unemployment is the second largest drop. Fifth place is of Decatur, eighth place is of Gadsden, and 10th rank is of Tuscaloosa. The state is expectant to publicize a lower unemployment rate this week with many different manufacturing industries gearing up to come online soon as well as aerospace and automotive jobs.

According to the Officials, this may be a recovery, a glimmer of hope for the unemployed. On the national unemployment report, Montgomery tied with Mobile at thirty two. On Wednesday, Governor Riley was honored for making the system more effective and responsive and his achievements in Alabama’s Workforce Development.

The United States Governor Bob Riley said, “I think we have the best job training workforce development in the United States but if you look at the automotive sector a couple a years ago they were three and four days a week today they’re working ten hour shifts six days a week, I mean they’re really doing a lot of overtime that’s having a big effect on it.” Riley said, “All of the announcements that we were making a year or two ago now they’re actually taking these people and making employees out of them”.

Riley said, “I’m not sure anyone understood that we would go from eleven to ten to nine to I hope 8 tomorrow but when you drop like that you really do understand that Alabama is not only very diverse in all our industry but when you look at aviation, aerospace biotech center all of that is coming back very fast and Alabama is a leader there”. Tom Surtees, Director, Alabama Dept. of Industrial Relations, says, “I get asked all the time how do I get a job and the answer is networking, the answer is our career centers located throughout the state, the answer is joblink.alabama.gov where over 8000 jobs are posted a day.”