A shocking video of a maid beating, flinging and physically abusing an 18-month-old girl has hit the web.

We never hand over our money or jewellery to anyone without taking out a thorough assessment. Then, why we are ready to hand over our children to anyone for babysitting? Child abuse by babysitter has become very common these days but parents learnt nothing from that. Another shocking video has gone viral on the social media, which remind us baby sitter’s physical abuse. The disturbing video reveals a breath-taking story where the maid flinging, beating, kicking and stepping on 18-month-old baby girl. 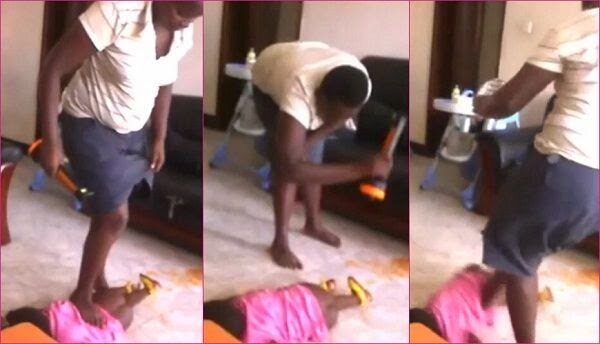 The horrifying video was captured in Uganda on a nanny cam by child’s father, Eric Kamanzi after noticing bruises on his daughter. In the video, the maid named Jolly Tumuhirwe trying to feed the baby (Arnella Kamanzi) and when the child vomits the food, she landed a hot slap on and throws her heartlessly on the floor. Then, the maid beats her with a rechargeable torch, kicks her and stands on the baby’s back several times.

After this incidence, the girl was traumatized and bruised. Now, the baby got discharged from hospital and is improving. The video has been watched and shared thousands of times on internet. The maid had been arrested by Ugandan police and charged with attempted murder. She is currently in prison and set to appear in court for a second hearing on December 8.