You are here: Home / Breaking / Tornado Warning in Brooklyn, Queen and Staten Island

The National Weather Service issued a tornado warning for Brooklyn, Queen and Staten Island in Monmouth and Ocean counties, but it is unclear whether a tornado did arrive. A flashy storm struck around 5:30 p.m. through New York City with the winds speed of up to 70 miles per hour on Thursday evening, 16 September 2010. Many trees were fallen down, several buildings were damaged heavily cars were destroyed and also one person was left dead by the storm. Along with destructive winds and rain, severe thunderstorms have been moving across the area.

In evening, the storm hampered heavily the transportation system of the city and suspended out all the Long Island Rail Road services of Manhattan due to trees were fallen down on the tracks near Sunnyside, Queens. The services of LIRR were also interrupted between the Queens and Brooklyn. During the storm, all the seven subway lines were out of order. Due to the wreckage, many roadways were closed. Many people were shocked to see what happened and the damage left behind.

According to report, a woman was killed on the road due to a tree falls over her vehicle. Due the storm, more than 24,000 people were left without power in the Queens and about 4,800 households in the Staten Island. 570 customers suffered power cut in Brooklyn and 40,000 households in New Jersey. The McDonalds on 4th Avenue and 1st street lost a fence; it was ripped from the ground and struck a car then landed in the middle of 4th Avenue. Immediately, firefighters were arrived on sight, cleaned up the wood and removed the largest branches, which were blocking some streets.

Residents say, “Tree limbs were swaying with such force that large branches snapped right off” and “Some of the limbs crashed into cars, leaving them extensively damaged and even totaled in some cases.” According to the warning, “places like Jackson, Jacksons Mills, Freewood Acres, Lakewood, Farmingdale, Howell, Colingwood Park, Asbury Park, Belmar, and Tinton Falls could be affected before 6:40pm on 16 September. The National Weather Service says, “the strong winds are gusting 60 to 70 miles per hour.”

Aaron Donovan, a Metropolitan Transportation Authority spokesman, urged LIRR passengers to “sit tight for the moment” and not head to Penn Station or Jamaica. New passengers were being turned away from Penn Station, he said. Because of the tornado was predicted to be enveloped by strong wind s and rain, people were warned to caution for their safety.

Noelia Colon, Perth Amboy Mayor Wilda Diaz’s spokesperson said, “The thunderstorm came in at around 5p.m. and it seems like a tornado. These severe storms caused The National Weather Service to state tornado warning in certain areas of Brooklyn and Queens too.” Then later, the New york Television reported damages and destruction brought about by the strong winds and rain along the state.

Photos of Damage in Brooklyn by Tornado: 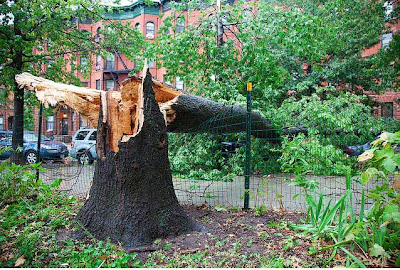 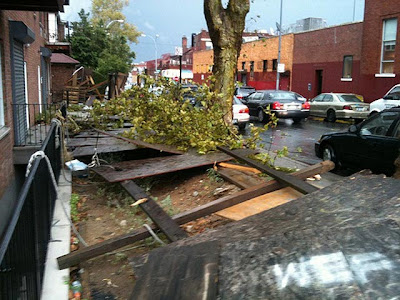 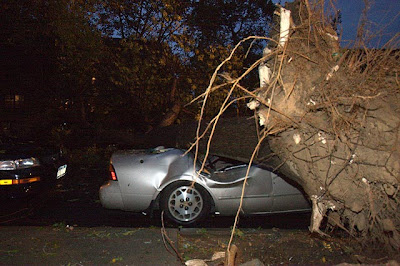 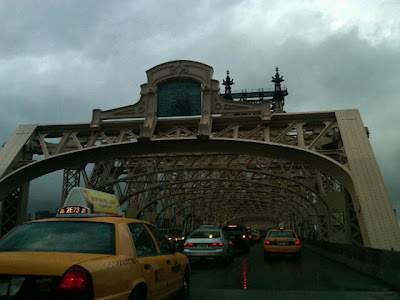 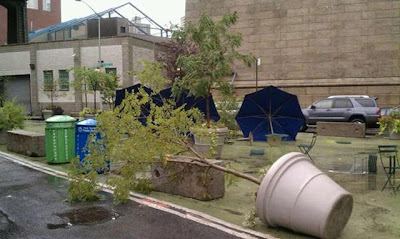 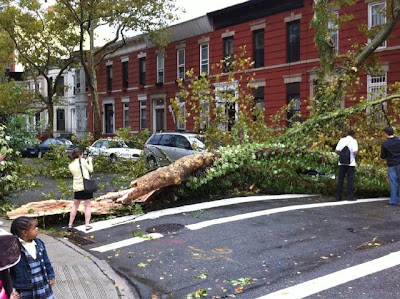 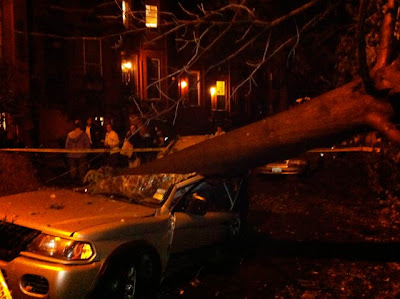 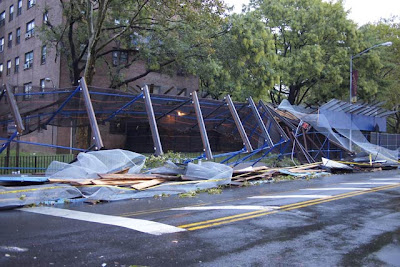 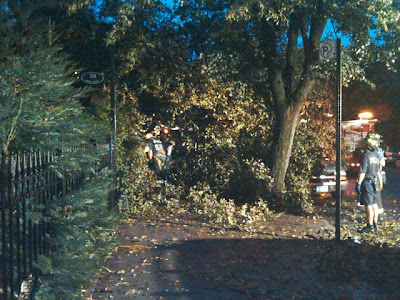 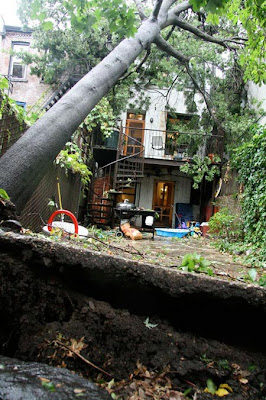 Video of Insane microburst (TORNADO??) in cobble hill from youtube: