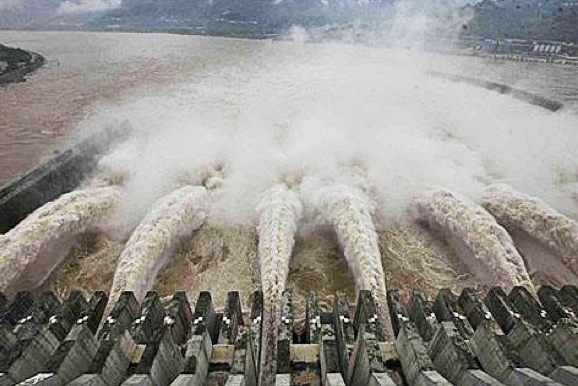 China’s controversial Three Gorges Dam appears to have passed its biggest test yet, managing to contain the raging flood waters Tuesday as the Yangtze River rose to levels not seen in over a decade.

The water level of its reservoir is increasing everyday and is now just 20 m below the maximum capacity of the dam. The authorities will use the Three Gorges dam to control the amount of water flowing downstream in order to limit the destructive impacts of heavy flood which hits the area every year.

Water flow at the dam could hit the 69,000 cubic meters per second by the end of Tuesday, which is the greatest water surge since it became fully operational. The engineers say that the Three Gorges dam has the capability to withstand as much as 110,000 cubic meters of water per second.

More than 1 million people were forced to move by the construction of the dam, which also has been blamed for increased landslides and seismic activity that could trigger an earthquake.