You are here: Home / Breaking / Teresa Lewis’s execution by a lethal injection


Teresa Lewis died by lethal injection on Thursday night, who is the first woman for the first time in nearly 100 years in Virginia to be executed in nearly a century. 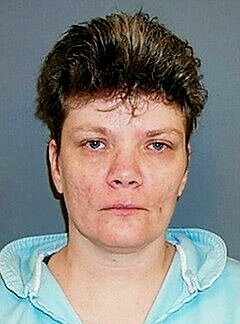 Despite claims that she has severe learning difficulties, Iran accused the US of human rights violations today over plans by the state of Virginia to execute a woman for the first time in nearly 100 years.

She was marked dead at 9:13 p.m. as a small crowd of supporters stood outside in protest. There was no 11th hour reprieve for the 41-year-old woman but lawyers for Lewis waged a public campaign for the Gov. of Virginia to intervene. She was sentenced to death for plotting the 2002 murders of her husband and stepson.

She spent her last day meeting with her immediate family, a spiritual adviser, and supporters at the prison where she was executed. According to SkyNews, she requested a meal of fried chicken breasts, peas with butter, a slice of German cake or a piece of apple pie, and a Dr. Pepper for her last supper.

Lewis’ lawyers argued that the courts had unobserved critical evidence including an exam that showed she was borderline mentally challenged, and a confession by one of the other men convicted in the murders that he had manipulated her to go along with the crime as the date of her execution drew near.

According to Deborah Denno, “a professor at Fordham Law School and one of the nation’s leading death penalty experts, Lewis’ role in the slayings was undeniable but the death penalty was “disproportionate” compared to the sentences her co-conspirators received”.

Denno said to the Daily News “Her two male co-conspirators, who actually carried out the murders, got life sentences.” She pled guilty to plotting with those two men, Matthew Shallenberger and Rodney Fuller, to murder her husband, Julian Clifton Lewis Jr.

The reserves were entered in 2002 by Julian’s son Charles and $250,000 life insurance policy were obtained when he was put on active duty. Julian was named the beneficiary but Teresa would receive the money if both men died according to the policy. Using weapons Lewis purchased for them, Shallenberger and Fuller entered her home and shot both her husband and stepson multiple times in October of 2002.

Lewis wrote in a statement read during a religious ceremony at the prison in August “Well the night of my crime I had Jesus telling me not to let this happen and then the Devil telling me to do it.”

The Supreme Court denied a stay for Lewis and Virginia Gov. Bob McDonnell twice declined to intervene, despite receiving over 7,300 appeals to stop her execution.

Lewis’ Lawyers expressed dismay at their inability to halt the process in the days leading up to her death. Jim Rocap, Lewis’ lawyer said Wednesday “A good and decent person is about to lose her life because of a system that is badly broken.”We are deeply disappointed.” Kathy Clifton Jr. Julian’s daughter was slated to be in the room at the time of the execution, who said “she believes in redemption but doesn’t know if her stepmother will find it.”

She said to The Associated Press “I can’t say one way or the other with her and She did a crime and now she has to pay for it.”