The celebration of United States of America’s Independence Day lightens the skies in a burst of red, white and blue over the Hudson River straddling New York and New Jersey on Sunday, a scene that was being repeated in hundreds of communities in a scorching end to a scorching day for much of the U.S. “It’s amazing on TV,” said Marcos Jimenez, a golf caddy who joined thousands of others lining the riverfront for a prime view of the show. “I figured seeing it live would be even better.” 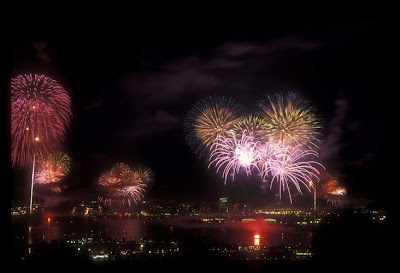 On Sunday, July 4, 2010 San Diego Bay celebrated its 10th Annual Port of San Diego Big Bay Boom which filled the sky with a spectacular pyrotechnic light show. Four barges were placed strategically in San Diego Bay off the shorelines of Shelter Island, Harbor Island, and the North Embarcadero area and between Seaport Village and the Coronado Ferry Landing. The fireworks were visible from all of the Port’s parks in the region of the northern and central San Diego Bay area. These include Shelter Island, Harbor Island, Spanish Landing, Embarcadero Marina Parks North and South, Cesar Chavez Park, Coronado Tidelands Park and the Imperial Beach Pier. 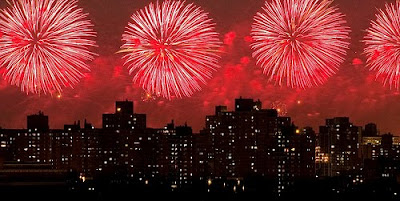 According to the Macy’s press release, the 2010 July 4 show was featured over 40,000 pyrotechnic shells fired from six barges in the Hudson River in a 26-minute synchronized display which was designed by SOUSA Fireworks. The music was provided by the New York Pops orchestra, the Mormon Tabernacle Choir as well as a Capella, gospel, choral groups and barbershop quartets. Macy’s Fireworks debuted in 1958 on the Hudson and became an annual event years later. It was usually located on the East River, but was on the Hudson as recently as 2000. The fireworks were moved to the Hudson in 2009 as part of the festivities honoring the 400th Anniversary of Henry Hudson’s first arrival to the river that now bears his name. 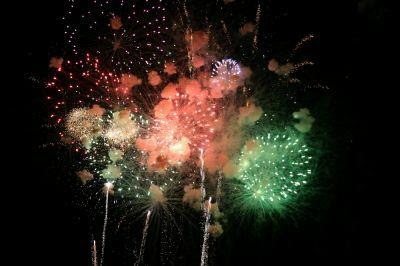 Glorious fireworks show was taken place at Tempe Town Lake on 4th July, 2010. The fireworks were started at about 9 p.m. and can be seen and shot from the Mill Avenue Bridge. Special family night events and the 59th Annual Fireworks Show were featured in Tempe’s exciting, annual Independence Day celebration. Live, local entertainment, food vendors and tons of exciting activities, including the Family Splash Zone, were planned to help make your family’s 4th of July in Tempe, Arizona memorable. 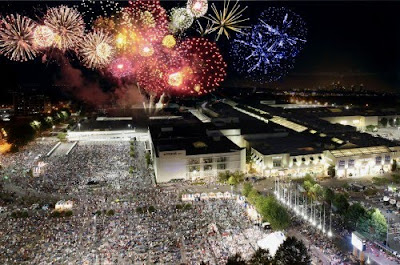 On Sunday, July 4, 2010 the fireworks were begun at 12 p.m. Fireworks at Lenox Square was featured more than 4000 shots making it one of the largest fireworks displays in the country. The Lenox Square Independence Day Celebration was started at noon and offered fun for everyone. Kids Zone play area was opened at 12 p.m. Lenox Square shops and restaurants were opened from 12 p.m. – 6 p.m. Musical entertainment from City Heat and Party on the Moon was begun at 6 p.m. 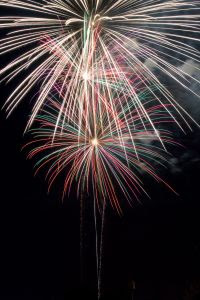