You are here: Home / Breaking / Sonic Boom in Seattle – F-15 fighter in Obama’s zone According to King 5 News

Two F-15 jets were launched from the 142nd Air National Guard unit based in Portland, as perconfirmation of Sonic Boom Case in Seattle Puget (NORAD). The military fighter jets were scrambled to respond to an airspace violation near Air Force One in Seattle on Tuesday afternoon that caused sonic booms heard throughout Western Washington. The sonic boom allegedly taken place on August 17th 2010, 20:57 UTC in the Seattle Puget Sound Area while the president Obama was in town. 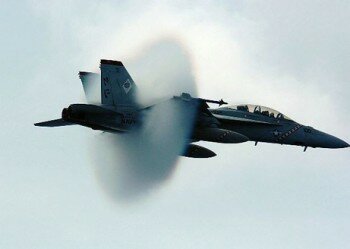 A Sonic Boom is the sound related with the shock waves generated by the supersonic flight of an aircraft. Vast amounts of sound energy are produced by sonic booms and it sounds much like an explosion. The F15 jets were sent from Portland since the president was visiting Seattle after a report that an aircraft violated the restricted airspace, said by North American Aerospace Defense Command spokesman John Cornelio.

Colonel Michael Stencel, commander of the Oregon Air National Guard’s 142nd Fighter Wing said,  “They were given an immediate right hand turn, unlike a normal departure along the river to avoid noise abatement and everything so that we don’t upset the local community. In a situation like today it’s full afterburner with an immediate right hand turn heading north with the fastest response possible.”

After the jets took off, they rattled the Vancouver, Washington area and after some minutes, the jets were cleared to speed up to supersonic speed faster than the speed of sound.Before the arrival of Air National Guard jets, the aircraft left the restricted area.

Once within the Temporary Flight Restriction (TFR) airspace, the jets remained in a holding pattern in anticipation of further guidance from the Western Air Defense Sector and Seattle Air Traffic Control Center, according to the Oregon Air National Guard.  They were eventually cleared back to Portland after moving their holding pattern overhead at Paine Field, Wash.

Pilot Lee Dailey and his passenger, Laura Joseph, were returning home after a weekend at Lake Chelan. They landed on Lake Washington in Kenmore. They reported that they saw jets as they flew between the Seattle area and the mountains.

When the president is visiting there is a 10-mile radius from the center of Seattle and 18,000 feet up, where it is no-fly for commercial aircraft. Extended another 20 miles, to make it a 30-mile radius, there can be private air traffic if the pilot files a legitimate flight plan, if that person is in contact with air traffic control and if that person has the plane’s transponder turned on.