Road Closure in Singapore due to F1 2010

Due to F1 2010, the roads of Singapore are kept closure for the time being. There will be a series of gradual road closures in the Marina Centre area from 18 – 29 September 2010 to facilitate the setting up and removing of the temporary race infrastructure. In Singapore from 24 – 26 September 2010, the 2010 Formula 1 Singtel Singapore Grand Prix will be held. 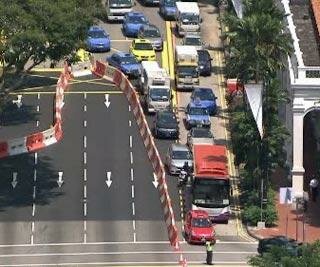 Private organizations, government/non-government agencies have organized the 2010 Formula 1 Singtel Singapore Grand Prix. Road(s) closure which may inconvenience motoring public have been involved by them. The information about the event and road(s) closure extent is presented for motorist’s reference.

At the time of publication and updated, the information shown is correct when there are any confirmed changes. During the Formula 1 week in September, the public is expecting better access to the Marina Bay area. There are also more and better options for people to get and in out of the area.

“This year, we managed to shorten it to six days. We continuously try to see how we can shorten the road closure so the public is least affected by this F1 event,” said Lim Bok Ngam, acting chief executive, Land Transport Authority.

It is also easier for F1 fans and the public to get and in out of the area using the Circle Line. The main gates to the F1 circuit are near by Nicoll Highway, Promenande and Esplanade stations.

LTA is working with the PTOs to run more train trips where possible to increase passenger capacity of the train network for the other times of the weekdays as well as during the race weekend especially in the period after the end of the race. The train passenger will be observed by LTA and the MRT Operators for loadings closely and make adjustments where possible. During the three days of the race weekend, 370 more train trips will be added, while the services will operate until 1am.

Between September 22 and 27, free bridging bus service will operate and linking the area to the City Hall and Bugis stations. Parties like the Singapore Tourism Board and The Land Transport Authority (LTA) are working together.

“LTA will also be putting up brochures, and holding briefings for key stakeholders and taxi companies. And signages will also be improved,” said Justin Chew, executive director of hospitality, Singapore Tourism Board.

These should alleviate concerns that the area will be inaccessible and hurt business. In the year 2010, Suntec Real Estate Investment Trust expects businesses at its Suntec City mall to do better. To take advantage of the buzz from the F1 event, it will organize promotional events.

For more information visit at www.lta.gov.sg/doc/F1. 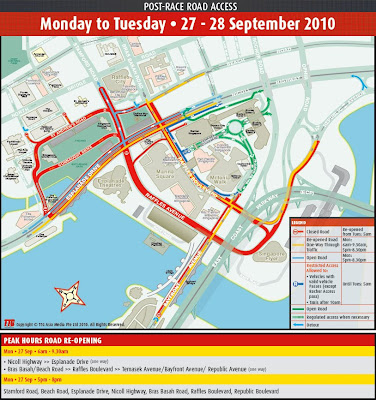 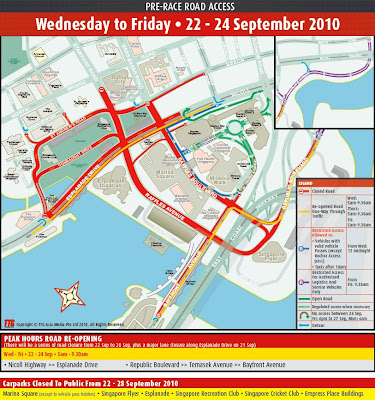 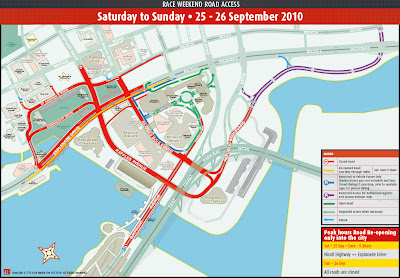 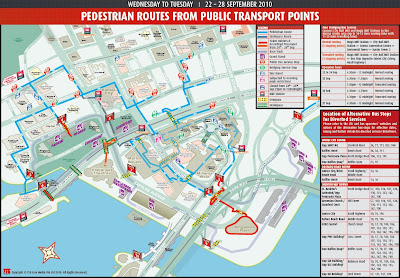