You are here: Home / Breaking / Peru In An Emergency over cold weather

Peru In An Emergency over cold weather

Due to cold weather a state of emergency in more than half of the country has been declared by the Peruvian government. At this time of year, the temperatures regularly drop below zero centigrade which inversely affects to most of the area in the south. On the other hand, this time temperatures have dropped to as low as 24C. 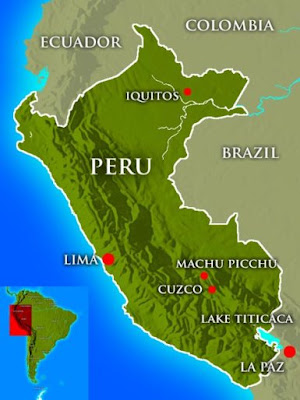 In 46 years, its lowest temperatures of 8 centigrade have been recorded by this week at Peru’s capital, Lima. Because of this level of temperature the emergency measures was enforced to several of its outlying districts. Furthermore, in Peru’s hot and humid Amazon region, temperatures have also dropped to as low as 9 centigrade. In this year, the jungle region has already recorded five cold spells.

Hundreds of individuals in which nearly half of them composed of very young children have died cause of cold-related diseases like pneumonia in Peru’s south where temperatures can drop sharply at night to 20 centigrade.

In poor rural populations who living at more than 3,000 meters above sea level, were most affected by over cold weather. And Doctors said, “The major contributing factors to seasonal deaths are malnutrition, extreme poverty and poor living conditions.”

Peru is a country in western South America. It is a representative democratic republic which is divided into 25 regions. Its geography differs from the arid plains of Pacific coast to the peaks of the Andes Mountains and the tropical forests of the Amazon Basin. It is a country with a high Human Development Index score and a poverty level around 34 percent.