The Perseid Meteor Shower is an annual astronomical event that takes place in early August. It is a fascinating sky event and people will be able to witness a celestial fireworks display. Current year 2010, people can observe Perseid Meteor Shower over the night of Thursday 12th to Friday 13th, 2010. The Perseid Meteor Shower takes place as the earth passes through the rock and dust fragments left from an ancient comet called Swift-Tuttle. As these small particles, no bigger than a grain of sand collide with the Earth’s atmosphere resulting in a luminous, startling streak of light across the sky. Every one can easily observe this and it can be a wondrous spectacle.

When can you see the Meteor Shower? 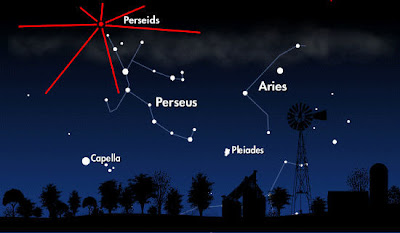 Actually, the Perseid meteor shower starts in late July and runs to late August. But, the best time to view is around the peak. There is always indecision in these meteor shower predictions, so it may be very advisable to observe during the hours of darkness and certainly, other nights, before and after the expected peak.

During the current year, the moon will not be a problem. Moonlight will be very limited as only a 2-day-old sliver that creates conditions for meteor observation very favorable (as long as the sky is clear of course). 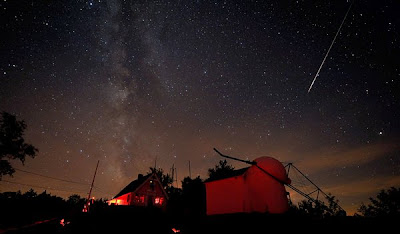 What equipment do you require to observe the meteor shower?

To observe the meteor shower, no equipments are required. You can see it with your eyes. If you give your eyes some time (say 15 minutes), it will help your observation to become adapted to the darkness.

Binoculars may also help to observe, however on the other hand, they may restrict your view to a small part of the sky. The meteors create in the region of Perseus but they may become visible just about anywhere in the sky.

What’s the Best Way to See the Meteor Shower?

An area with minimal light is the best way to view this shower (and any meteor shower, for that matter). You’ll get a much better view if you can drive to the country where there are no street lights or buildings. Additionally, if you live near a lake or are visiting a cottage and have a boat, taking the boat into the middle of the lake or ocean will be, by far, the best way to observe the show. 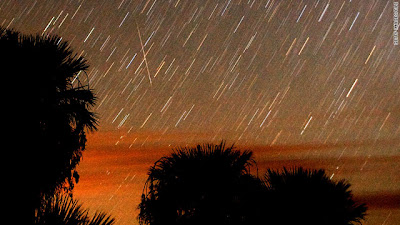 Some tips to watch the meteor shower show:

Dr. Bill Cooke, head of the Meteoroid Environment Office, gave some information on the Perseids on the NASA site: