On 16th September, 2010 Paul Warren Pardus, a 50-year-old man shot a doctor in the abdomen at Johns Hopkins Hospital when the doctor was explaining him the situation related to his mother’s illness. After shooting doctor, he turned his semiautomatic gun on himself and his mother. On Thursday, the shooter was hesitantly recognized as Warren Davis, but officials later known him as Paul Warren Pardus, of Arlington, Va. Police said Pardus apparently used an alias, because the hospital knew him as Warren Davis. 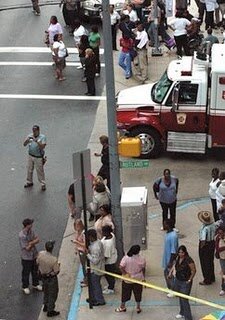 Johns Hopkins hospital is one of the best institutions for its cancer research and treatment. It is part of Johns Hopkins University, which has one of the foremost medical schools in the world. The Johns Hopkins medical system is Baltimore’s biggest private employer with over 30,000 employees. The hospital has over 1,000 beds and more than 1,700 full-time doctors.

Colleagues identified the doctor as orthopedic surgeon David B. Cohen, collapsed outside the eighth-floor room where Pardus’ 84-year-old mother, Jean Davis, was being treated. The officers found Pardus and his mother shot to death when they arrived to their room. Pardus was on the floor and her mother in her bed. Pardus had a minor criminal record, Police said. As per the 11 News I-Team reports, he had minimum three aliases and filed for bankruptcy years ago.

Pardus then holed up in the room over two-hour standoff that led authorities to lock down a small section of the Nelson Building while allowing the rest of the sprawling red-brick medical complex — a cluster of hospital, research and education buildings — to remain open.

To secure the area, police, fire crews and SWAT teams were called to the scene by Bealefeld at1:30 p.m. He said SWAT team members had determined that Pardus was on the floor suffering from a gunshot wound. SWAT officers were then able to get into the room and, with help from medical personnel, determined that both were dead, Bealefeld said. “We were able to see that Mr. Davis was down on the floor suffering from an apparent gunshot wound and that his mother was also unresponsive in her bed,” Bealefeld said. “We’re treating this case as a murder-suicide.”

59-year-old Alvin Gibson, Pardus’ brother said, “I guess he just couldn’t bear to see her the way she was.” Alvin said that their mother suffered from arthritis and rheumatism and she gone through surgery last week, but it didn’t help her. “I guess because he thought my mom was suffering because the surgery wasn’t successful and she probably wouldn’t be able to walk again,” he said about a possible reason for Pardus’ actions. “She was a dear, sweet lady.”

Video of Johns Hopkins Hospital Shooting – Doctor Got Shot In Baltimore! from YouTube: