A very surprising news since the longtime leader of Al Qaeda responsible for the 9/11 terror attacks on the World Trade Centre and several other mass-casualty attacks against civilian and military targets, Osama bin Laden has been killed on Sunday in a firefight with U.S. forces in Pakistan, according to U.S. President Barack Obama. The custody of bin Laden’s body is being taken by U.S. officials and no Americans were harmed in a targeted attack on a compound in Abbottabad, Pakistan, Obama said and further added in a historic address “Justice has been done”. 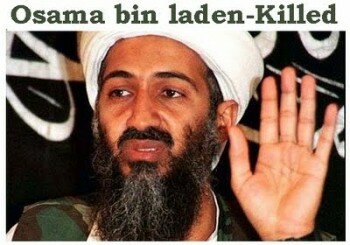 A senior U.S. official said that just as the news came out regarding the death of world’s most wanted terrorist, U.S. diplomatic facilities across the world were placed on high alert and also the U.S. State Department ought to be sending out a latest “worldwide caution” for Americans soon. Al Qaeda supporters could hit back on U.S. citizens or U.S. institutions so some people fear.

The full name of mastermind of the worst terrorist attack on American soil was Osama bin Mohammed bin Awad bin Laden, who born on March 10, 1957 in Riyadh, Saudi Arabia and he was the founder of the jihadist terrorist organization al-Qaeda as well as a member of the wealthy Saudi bin Laden family. His name was included in the American Federal Bureau of Investigation’s lists of Ten Most Wanted Fugitives and even Most Wanted Terrorists because of involvement in the 1998 US embassy bombings.

Osama and his organization had been main targets of the U.S. War on Terror since 2001 and it was supposed that he hide close to the border of Afghanistan and Pakistan’s Federally Administered Tribal Areas. George W. Bush, Obama’s predecessor, had frequently vowed to bring bin Laden to justice “dead or alive” for the attacks on New York and Washington but never did previous to leaving office in early 2009.

A big crowd arrived at the White House as soon as the news of bin Laden’s death emerged on late Sunday night. Numerous people chanted there “USA! USA!” and then “Hey, hey, goodbye!” in indication to the demise of bin Laden and afterward sang the national anthem. Sen. Susan Collins, R-Maine who is the ranking Republican on the Homeland Security Committee told that this greeting news is a glory to their intellect efforts and brings to justice the architect of the attacks on their country which killed almost 3,000 people on September 11, 2001.

Mr. Obama stated that the death of Bin Laden marks the most vital achievement up till now against Al Qaeda and also note that U.S. is not and will never be at war against Islam and actually Laden was “a mass murderer of Muslims”.