You are here: Home / Breaking / Kristina Hensley in Court over Body dragging case

Kristina Hensley, the 35 year old Ohio lady hidden her face with her hands when she waited in Butler County Area III Court. She charged with a third-degree felony, fleeing the scene of an accident, in the death of 31-year-old Jae Cho on Saturday, Aug. 7, 2010. 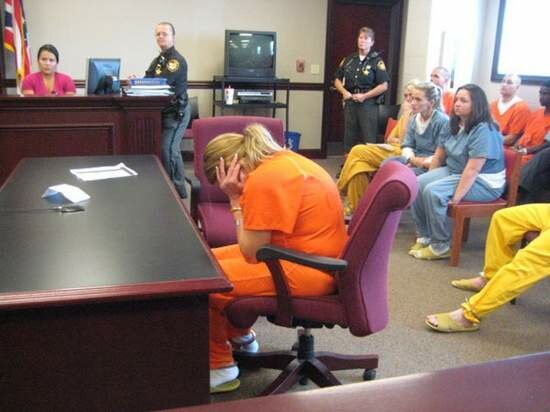 Tuesday, Aug. 10, Preliminary hearing in Butler County Area III Court in West Chester Twp for Kristina Hensley, “the woman accused of striking Cho with her SUV in front of his Monroe home and dragging his body for more than a mile” same day the program to Cho’s funeral was held by his former Lakota Local Schools classmate William Weitz. Jae Cho was resided in the house at 367 Timrick Place in Monroe.

Monroe police said “Hensley was the driver of the maroon sport utility vehicle that struck Cho in front of his home at 367 Timrick Place, and then dragged him to a Hamilton-Lebanon Road Shell gas station more than a mile away with her Ford Explorer, he was then found dead underneath her vehicle on Saturday morning”

An earlier Saturday, police said that “exotic dancer for Naughty Bodies, was hired for a private show at the Timrick Place home. Police said “something happened” that led the dancer, identified as Hensley, to leave the home quickly. Cho followed her to the street, and apparently was in front of her vehicle as she left the scene, allegedly striking Cho, according to police reports.”

William Weitz, was in court for the hearing after attending Cho’s funeral Tuesday. He said “I am hoping justice is served here,” said and holding an “In memoriam” pamphlet from Cho’s funeral that was attended by hundreds.

“All I know is that when someone hits someone, you don’t drag them a mile and a half. That’s unacceptable behavior,” Weitz said.

Warren County Coroner Dr. Russell Uptegrove said that “preliminary autopsy results show that Cho died of “multiple blunt force injuries.” The manner of death, such as a homicide or accident, has not yet been determined. “We are waiting on the investigation results before making that determination,” he said.

Hensley’s attorney David Brewer argued that there was no evidence to show she knew she hit Cho. And when she realized something was wrong, she stopped for help.

Judge Dan Haughley decided to send the case to a Butler County grand jury, and continued Hensley’s bond at $50,000.

More information given on http://www.journal-news.com/news/crime/dragging-victim-died-of-multiple-blunt-force-injuries-853877.html