Keppel Group’s Board of Management announced the death of their Managing Director, Nelson Yeo, who passed away due to brain haemorrhage while on business in London. Yeo was 55 years old at the time of his death and he is survived by his wife Siew Hua and two sons named Gary, 22 and Ivan, 24. He started off his career as a management trainee in the year 1982 at Keppel Shipyard and this year is marked as his 30th year since he joined. 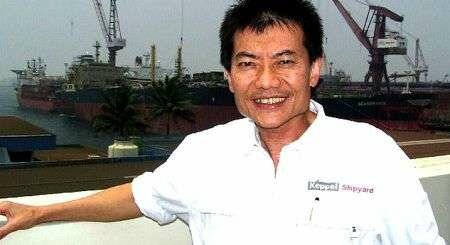 Yeo had received various awards for his commendable work. In 1996, he was presented with the title of The Adopted Son of the Municipality of Castillejos. In the year 2002, he was awarded with a Certificate of Commendation for his noteworthy service and he also received the Medal of Commendation from the National Trades Union Congress in the year 2003. Nelson’s untimely death has caused a huge loss to the Keppel Shipyard. It is assumed that Chor How Jat who is the Executive Director of Keppel Shipyard will take the position of Acting Managing Director.