A young girl, Kathleen Edwards is dying from Huntingtons disease, an incurable brain disease. Huntington disease is a progressive genetic disorder that directly attacks the brain’s nerve cells to where they ultimately ravage away. Although Kathleen is in good morale, despite what she is facing. She is in the final stages of Huntington’s disease. Nowadays, she is worried about a neighbor bullying on her and her family.

A husband and wife, Scott and Jennifer Petkov have been recognized the most heartless couple in the US after taunting the family of a seven-year-old girl who is dying from an incurable disease. Petkov resides across the street from Edwards. Gabrielle Edward, Kathleen’s stepmother, said the dispute started two years ago. She said, ‘Kathleen’s grandmother had a birthday party, and Jennifer sent a message asking if her kids could come over to play’. Rebecca Rose, grandmother, did not respond to the text quickly enough, she said. ‘That’s where it all started.’

The 33 year old, Jennifer Petkov is neighbor of the Edwards and has disclosed to cyber bullying the seven year little girl. Petkov has posted terrible art work of Kathleen and also her deceased mother on her face book website. In the posted terrible art work picture of Kathleen face, she is shown as closed eyes and hanging out tongue with crossbones with Kathleen’s mother being cradled through the grim reaper. 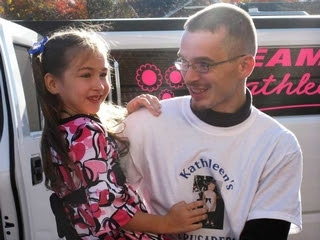 Later than death of Laura Edwards last year, the Petkovs also purportedly drove their truck down the street and honked the horn that bears the message ‘Death Machine’ and has a coffin attached to it.

Doctors can advise the use of some medications to control emotional and movement problems associated with Huntingtons disease. Any treatment is not halted or reversed the disease.

During the month of August 2008, the U.S. Food and Drug Administration have approved tetrabenazine treatment of Huntingtons disease, making it the first drug approved for use in the US to treat the disease. Antipsychotic drugs like haloperidol or other drugs, clonazepam, may contribute to the choreic movements and may also be used to help manage hallucinations, delusions and violent outbursts. Antipsychotic drugs are not given for another form of muscle contraction associated with Huntingtons disease, called dystonia, and may essentially aggravate the condition, causing stiffness. These drugs can also have serious side effects like fatigue, and so should be used less in doses.

Huntington disease is caused through heritably programmed degeneration of nerve cells, called neurons, in certain brain parts. This degeneration is responsible for uncontrolled movements, loss of intellectual abilities and emotional disturbance. This mainly affects to the cells of the basal ganglia, structures deep in the brain that have many important functions such as coordination of movement. Outer surface of the brain or cortex is mostly affected that controls thought, perception and memory.

Across the world, Huntingtons disease is found that it is an inherited disease passed from parent to child through a change or misspelling in the normal genetic material.

Father of the dying girl, Robert Edwards requested to the Petkov family, ‘Just leave us alone; that’s all we want. Don’t make any more comments about our daughter.’

Now, Mrs Petkov’s Facebook posting has been removed. However, there could still be serious impacts for the couple.

For this victim, Trenton Deputy Police Chief, James Nardone said that the problems have been ongoing between the two families. He said, ‘We’re aware of the situation and are looking into it.’