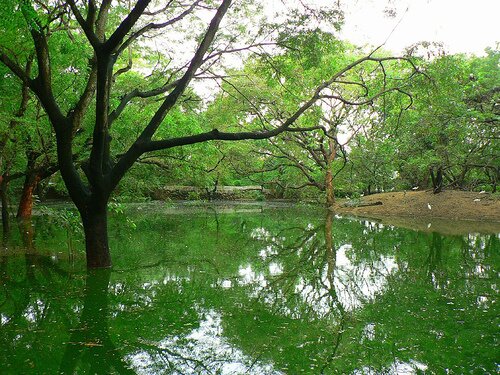 As a result of flood-like situations, the state government has officially announced the holidays for schools and educational institutions in Chennai, Nagapattinam, Cuddalore, and Trichy on Monday. They also warned fishermen for not doing venture into the sea. Most of the deaths were caused by wall collapses, electrocution, lightning and drowning in flood waters.

The weather department measured 11.3mm rain with max 25.2°C and min 23.7 °C on Sunday in Chennai. Incessant rain flooded some areas in the city so office goers and school and college students are facing difficulties.

According to the India Meteorological Department (IMD) Chennai bulletin thunderstorm with rain estimated today and tomorrow (December 6 and 7).

After the heavy rains, the rain affected areas including Villupuram, Tirunelveli, Rameswaram, Cuddalore, Thanjavur, Tiruvarur, Nagapattinam, Tuticorin and Sivaganga has been visited by senior state government officials. In these districts, they have also interacted with affected people to get the first hand information about the damages.

The forecast calls for the heavy rain on Monday and Tuesday. The weather will be warmed with maximum 29°C on Wednesday afternoon. Forecast also calls on Wednesday for 20 percent chance of precipitation and rain. On Thursday, the weather may be partly cloudy and perhaps people will also face again heavy rain situation. Overall the whole weekend will be passed with rainy atmosphere.