You are here: Home / Breaking / Heavy Flooding in Singapore

Singapore is facing a disaster called Heavy Downpour. On Friday morning, the condition of Singapore became worst due to Heavy Downpour that resulted in chaos on roads. Though, this time, it seems Orchard Road was spared and other areas like Upper Thomson Road, Bugis and Jalan Boon Lay seemed to be hardest hit. 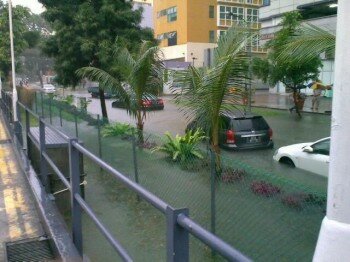 Outside Orchard Central, near the Somerset MRT station on Orchard Road, a tree was fall down and also blocking three of the five lanes, according to the reports.

Traffic Police have been diverting traffic away from the CTE towards SLE in between the Ang Mo Kio Ave 1 and Ang Mo Kio Ave 3 exit due to a fallen tree.

The huge tree fell across the entire northbound carriageway after the junction with Ang Mo Kio Ave 1 in this morning’s heavy downpour. 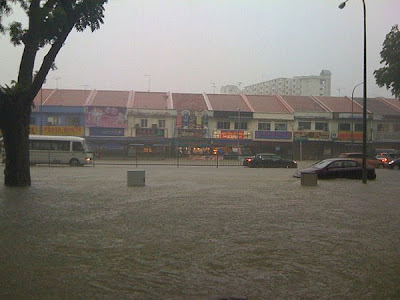 According to reports of Channel News Asia, SCDF personnel had to be called in to evacuate children from a childcare centre at Telok Kurau Lorong G. They were also helping to pump out water.

Due to heavy monsoon the morning of Singapore rushes hour traffic on all the major expressways to come to a virtual standstill.

Traffic is also being diverted away from the junction of Balmoral Road and Bukit Timah Road. 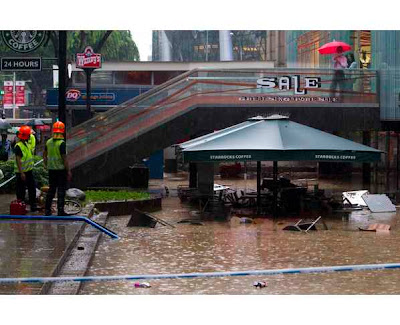 Traffic Police officers will be deployed at the affected roads to divert and regulate traffic.

Motorists are informed to follow the directions of Traffic Police officers.

Members of the public are advised to avoid the affected areas.

The Meteorological Services Division had issued a heavy rain alert and warned of flash floods in low-lying areas. 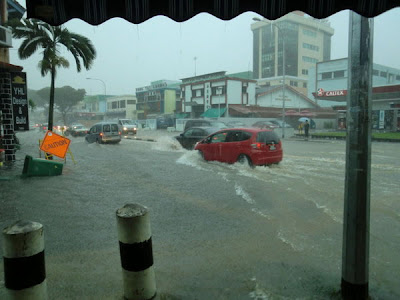