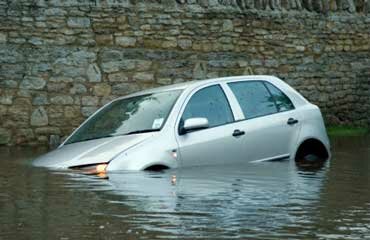 At least 19 people were killed and 12 still missing at back hills of the French Riviera near France’s Mediterranean coast. Heavy rain converted streets into the rivers of muddy waters. Hundreds of people forced to take shelter on roofs and many trapped in their floating vehicles due to unusual heavy rain in the Var region.

The floods swept away cars, trees and parts of houses in a downpour that devastated the picturesque region in the hills behind a portion of the Riviera, which is known for being a magnet for tourists. Floodwater in the large town of Draguignan was more than six feet high and officials said the freak weather was the worst to hit the area for a decade.

Witness David Whiting, 72, the stepson of Lord Dowding, who led the RAF to victory in the Battle of Britain, said many holidaymakers have been hit at Fréjus.

He said: “It is absolute chaos. It’s complete devastation in some parts of the region. Hundreds of tourists didn’t have enough warning and had to get out of campsites when the flood waters started coming in.

“Campsites in the area have been left under two metres of water and people have lost all their possessions. Many of the tourists are now stranded in supermarket car parks. They don’t know what to do.”

At least 1,000 people had to leave their homes and spend last night in schools or other temporary shelters, and some 175,000 houses were estimated to be without electricity.

President Nicolas Sarkozy issued a statement expressing condolences for the victims’ families and support for rescue teams who were “mobilising non-stop to provide aid and find those still missing”. During a visit to the affected area yesterday, interior minister Brice Hortefeux described it as an “unprecedented disaster” for the region.

The head of the emergency operation, Corinne Orzechowski, said more than 30cm of rain had fallen since Tuesday, causing water levels to rise to alarming levels in the streets of Draguignan, a town of some 40,000 residents where eight of the deaths were reported.

More than 3000 rescue workers have arrived in the region, and helicopters are still flying overhead in an effort to discover people who need rescuing.