You are here: Home / Breaking / Duke University Scandal “Excelling in the Realm of Horizontal Academics”

Duke University Scandal “Excelling in the Realm of Horizontal Academics”

One more time Duke University is in limelight for another scandal owing to its recent graduate student, Karen Owen who composed a 42 page power point mock thesis presentation, titled as “Excelling in the Realm of Horizontal Academics.” In this presentation, Karen Owen cleared thirteen Duke Athletes’ sexual performance review as well as full details. Karen firstly mailed this presentation just to her three friends in May, unexpectedly from these friends one friend leaked it out. 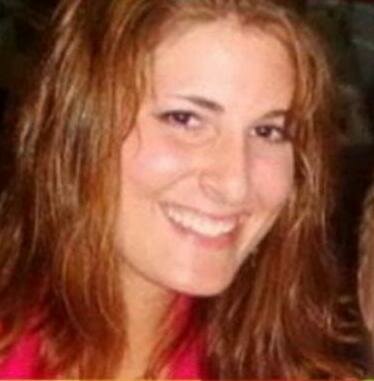 The Karen Owen’s presentation is viral on the Web, and many are interested to know what this mock thesis actually represents. Karen is 2010 Duke University graduate student, determined bad repercussion of kissing and telling. Karen sent the presentation to her friends through email, after that this presentation leak out and creates its way to all corners of the internet.

In Owen’s 42-page power point report, she marks over a dozen men, including athletics she slept with during her time at Duke. Owen presents her conquests–athletes on the tennis, baseball and lacrosse teams with a rating scale from 1 to 10. Most of the members in this presentation are from the Duke Lacrosse team. She composed the list as a joke and mailed to her three friends. Rapidly, the copy of the presentation is escaped in all the students of Duke.

Karen Owen entitled 42 slides as “An education beyond the classroom: excelling in the realm of horizontal academics” and contains a thorough, organized rating system for each person the author slept with. It was also consisted as transcripts of dirty talk and sexing sessions.

Those person who were all identified by name and in photos in Owen’s “thesis,” they are now calling what she did sexual irritation. Recently she told Jezebel.com, “I regret it with all my heart. I would never intentionally hurt the people that are mentioned on that.”

Owen’s list was spotted on the Today Show Thursday (Co-host Meredith Viera referred to it as “graphic.”) One eager HarperCollins editor named her the “female equivalent of Tucker Max.”
During the year 2006, Duke Lacrosse players group were blamed by a stripper of rape. The case was a toxic combination of race, sex and socioeconomic factors. The players were charged and widely believed guilty, until it was found that the rape story was not real and that the prosecution had covered proof that the suspected rape had not happened. This case had already been not done, but the athletes’ names and reputations were tarnished and lastly their lacrosse season was canceled by the university.

In the case of Karen Owen, there is no accusation of wrong doing through the athletes; however it would appear that they are embarrassed at least and could have personal problems as a result at most awful. On college campuses, talking about sexual conquests is not new and not mainly insulting. However, putting detailed clarifications on the internet and exposing private and shameful details for all to read is a completely diverse point.

Owen says sorry for her deed and sharing close details and exposing the names of men with whom she had sexual relationships.

Sex therapist Dr. Ian Kerner said to CBS News that young people today tend to have a pretty good sense of the damage that can be done when private information finds its way online. And, in the age of the Internet, private information has a friction-free way of getting online.