The story of 12-year-old Rouvan Rawla, who committed suicide after being caned, incensed both his home town, Kolkata, and parents everywhere.

Rouvan was a student of Kolkata’s prestigious La Martiniere for Boys School. He was caned repeatedly by the school principal, Sunirmal Chakravarthi, on February 12. Four days later, he was found hanging in his room. Investigations are trying to determine if that corporal punishment humiliated the child into killing himself, as alleged by Rouvan’s family. (Read: Evidence suggests Kolkata school drove student to suicide) 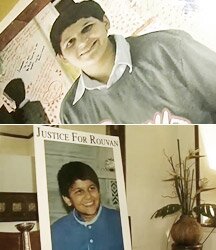 Charkravarthi has now apologised for caning Rouvan, but to the Board of Governors of his school. Rouvan’s father, Ajay, a local businessman, says, “I have never got an apology.”

Speaking exclusively to NDTV, Chakravarthi, said, “To say caning is rampant in La Martiniere is wrong.” He added, “If I have ever caned a boy, and I have done so on the rarest of occasions, it’s just to tell them how disappointed I am. La Martiniere firmly believes we need to correct children, we need to punish them. Be fair and be compassionate.” (Read: Just an apology for Kolkata student Rouvan’s suicide?)

Sources in the National Commission for the Protection of Child Rights (NCPCR), which questioned Chakravarthi, claim that he  allegedly admitted hitting  Rouvan so hard that his cane snapped in two. Chakravathi denies that. He also says, “I have to admit that when I caned this boy, I made a mistake and am willing to face consequences of that.  But to link the caning of this boy to his death 4-5 days later is stretching it.”

He also told NDTV that he was not aware that corporal punishment is illegal.

Rouvan’s death has provoked the West Bengal government to announce that it will set up an independent body to monitor schools in an attempt to stop corporal punishment. Education Minister Partho Dey has, however, made it clear that because La Martiniere is run by the Church of India and is a minority institution, the government cannot intervene in the investigation against the school.

In a statement last week, the school did not accept any responsibility for Rouvan’s death. It said it “deeply regrets the loss of a young life” but clarified that its “silence should not be regarded as an acceptance of the accusations leveled against the school.