You are here: Home / Breaking / Daughter Killed father who raped her overnight

“The reason why daughters love their dad the most is that there is at least one man in the world who will never hurt her”. And what if her belief in her father is being broken due to his lust? Will her faith in this pure relationship will ever be the same. The answer to this question will be a big “NO” for an 18 years old girl who was being raped by her own father to whom we people consider the most protective person for a daughter. 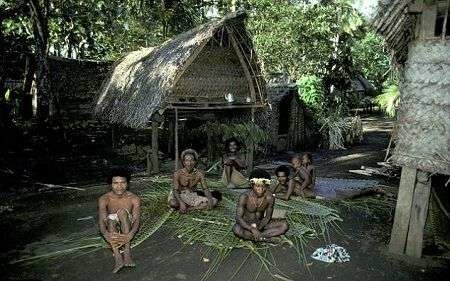 An 18 year old girl from the highlands of Papua New Guinea was raped by her own father last Tuesday during night. The father went to her daughter’s room and raped her several times when her mother and two children were away from home to meet some of her relatives. Even in the morning he tried to rape her again then she could not control herself and chopped her father head clean off with a bush knife.

When the girl narrated her story to the villagers they decided to protect her by forming a protective ring around the 18 year girl and not allowing any police to talk to the girl. Even the community decided not to perform any burial service of the father. The father was in his mid-40s. According to them, the father has got the punishment for his evil-doing and he deserved this punishment. “The daughter did what she did because of the trauma and the evil actions of her father, so that is why we have all agreed that she remains in the community”, said Pastor Lucas Kumi , a local church leader from the village.

The number of cases of murder, rape, suspected witch killings and prostitution are rising day by day in Papua New Guinea. In order to stop all these evil against the women, government is making an extra effort by re-introducing the death penalty for such serious crimes. According to a report of the Post Courier, children between the ages of 13 to 16 years are forced to enter in the child prostitution as they are being sold to the nightclubs of the capital. Some of the children, especially the girls are forced into this trade and some of them are sold by their parents in order to cope up with increasing cost of living.