An 18-year-old woman, Bethany Jones, lost her life in a minibus crash on the M62 near Pontefract. The collision took place between a Farmfoods lorry and a minibus on 26th April at about 11.30am. The minibus was taking nearly 22 women to Liverpool for a hen party. The fun and bubbly girl, Bethany Jones, passed away at the sight of the crash. She was studying in first year for a nursing degree at Leeds University. She was caring and kind to each & every person she met. She was a great actress, dancer and singer. Everyone will greatly miss Bethany, the apple of grandad’s eye. 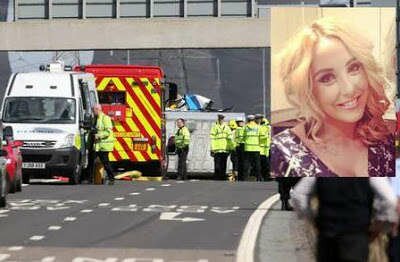 Hundreds of people paid tribute to a teenager killed and prayed for women who remain in hospital. The messages of support were flooded on Facebook on 28th April. The first individual to report this traffic crash was an off-duty officer. He remained at the scene for help. Even the public members gave first aid. All the women were wearing pink color hen-party T-shirt. The sufferers were flown to nearby hospital by four air ambulances after the accident.

Total 21 people were seriously injured in which one died and eight are in critical condition. According to doctors, among these eight women one is in intensive care and the condition of other seven women is stable even showing signs of improvement. The BRIDE-to-be named Stefanie Firth was also badly injured. She is having severe spine injuries and in a critical condition. The farmfoods lorry driver was taken into custody at the sight but it has been released on bail.

One patient was suffered from severe chest injuries. One of the women had expressed her excitement about the hen party on the social networking site just few hours before the accident. Accident investigators are doing a detailed examination of the conditions surrounding the crash.