You are here: Home / Breaking / Another Mine Explosion – 29 Miners Traped in New Zealand

Another Mine Explosion – 29 Miners Traped in New Zealand

The rescue operation had been belated as uncertainties of another explosion that could be caused by a gas but as per Tony Kokshoorn, Grey District mayor, 20 rescue staff could enter the mine. Four gas experts and 300kg of testing and rescue equipment had been sent to help amid fears of poison gas which could suffocate anyone who barely managed to survive the blast. 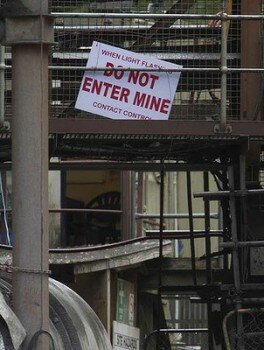 A robot also was being sent early in mine with the hope that anyone of the miners who were missing is still alive. With the robot, they also attached an extended cable with camera and reader that checks level of methane gas to approach area where the men may be near a mile into the mountainside.

According to authorities, the threat of sparking another explosion is continued to pose during dangerous levels of toxic gases so that an attempt cannot be mounted, which would cause danger to rescuers in the mine on the west coast of the South Island.

Different samples of air were allowed by drilling of a bore hole through about 150 meters of rock and microphone lowered to listen for sounds of life in the mine was to be about halfway completed till early morning of 22 November.

About people aged between 17 and 62, nothing has been reported since after the explosion. In 29 missing miners, there were 24 New Zealanders, 2 Australians, 2 British citizens and 1 South African. Their names are yet to be released however several have been already identified in media reports. 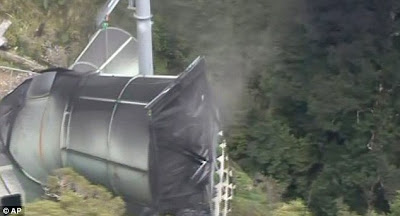 On the rescue plan Monday morning, Company officials and police were scheduled to brief distraught relatives who fright more and more of worst as time was passing.

Two miners have explained their stories to local media who were the only known survivors. Ambulances, medevac helicopters and rescue workers on the surface were all set to treat injured miners and also ready for a long operation.

The pike river coal mine started production last year. It consists of a 2.4km access tunnel running beneath the Paparoa mountain range to the coal seam. Prior to this accident there were no indications of “heightened risk”. New Zealand Oil & Gas and two Indian companies – Gujarat NRE Coke and Saurashtra Fuels Private Ltd jointly own Pike River. Mining Minister Gerry Brownlee said “the government would put whatever resources are needed into rescuing the miners.”

David Cameron and Prince William sent messages of support and Scotland’s First Minister Alex Salmond said BBC Reporting Scotland: “We are concerned obviously for the fate of all 29 of the miners who are trapped. But the fact that two Scots are among them and two Scottish families have that immediate concern makes that all the more immediate for people across Scotland. But there’s no more we can do than send our best wishes for rescue.”

29 Miners Trapped in New Zealand mine video from youtube: